(UroToday.com) In an educational session at the American Society for Radiation Oncology (ASTRO) Annual Congress focused on the best treatment for early prostate cancer, Dr. Stephenson presented on the potential role of focal therapy as an alternative for whole-gland therapy for intermediate-risk prostate cancer.

Dr. Stephenson began by initially re-considering the lethality of intermediate risk prostate cancer. First highlighting data from the seminal publication from Albertsen and colleagues, and then including the more recent publications from the PIVOT trial, he highlighted that rates of disease progression and death are relatively low. Notably, in PIVOT, among men with intermediate risk disease who received watchful waiting, the 12-year bone metastasis rate was 9% and the 12-year cancer specific mortality rate was 4%. We need to balance these oncologic risks against the known burden of prostate cancer treatment, whether by surgery or radiotherapy or even active surveillance.

Considering the first of these assumptions, Dr. Stephenson heighted that, on average, there are 2-3 separate cancer foci per patient with prostate cancer. However, unilateral prostate cancer may be identified pathologically in 17 to 38% of patients. Further, targeting the index lesion may be sufficient as the vast majority of the time these harbour the highest grade histology. Further, the use of multi-parametric MRI and targeted biopsy can quite accurately detect clinically significant disease, with no difference in the rate of missed Gleason score 3+4 or greater lesions compared to a template mapping biopsy. 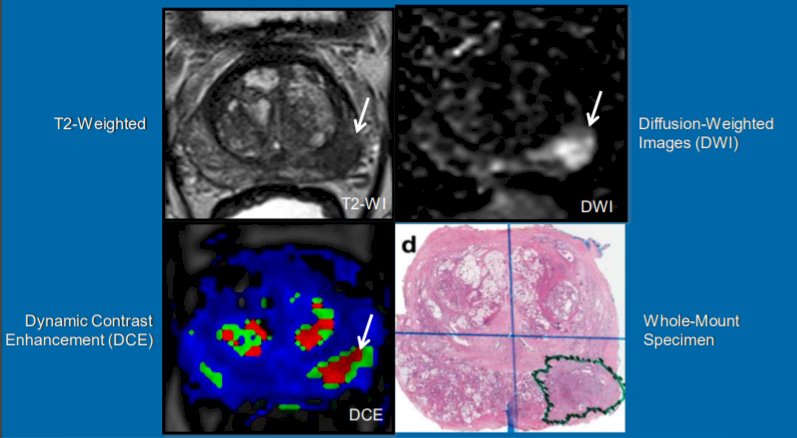 Dr. Stephenson then highlighted an automated approach using a robotic transperineal biopsy technique that may allow for consistent and repeatable biopsy precision.

In terms of the current status of focal therapy, the literature is relatively sparse with safety and oncologic benefits relatively unproven. Further, a large number of potential treatment modalities have been tested including thermal ablation, brachytherapy, and others. Additionally, the target volume necessary to treat remains unclear. Currently, cryotherapy is FDA-approved and Medicare covered for the destruction of soft tissue while HIFU is FDA-approved for tissue ablation but is not covered by most insurance plans and carried a ~$25,000 out of pocket cost.

In terms of those patients who may be eligible for focal therapy, international consensus has identified patients with cT1c-cT2a, Gleason score 3+4 or lower, with PSA <15 ng/mL and life expectancy > 15 years. Further, patients should have mpMRI and MRI-guided biopsy as well as systematic biopsies. Additionally, the consensus group noted that it is acceptable to not treat low volume Gleason 6 lesions which may be more suitable for surveillance.

In trials, the important endpoint is the ablation of clinically significant prostate cancer, with outcome assessment using MRI and biopsy at 6 to 12 months following treatment. Failure should be considered wit the identification of any cancer of higher grade, persistence of cancer of similar or lower grade after repeat treatment, or the need for treatment other than repeat focal therapy. Notably, PSA should not be used as an endpoint and the panel considered that low-volume, out-of-field Gleason 6 disease should not constitute treatment failure.

Examining each modality, Dr. Stephenson noted that 11 series have included 1950 patients treated with focal cryotherapy. Biopsy was infrequency mandated (only 3 series), and significant disease was identified in 5.4% of patients though secondary local treatment was employed in 7.6%. Notably, pad-free continence rates were 100% and potency was 82%. Among 13 series of focal HIFU in which 346 patients were treated, biopsy detected significant cancer in 0% though secondary local treatment was used in 7.8%. Pad-free continence rates were 100% and potency was 89% with UTI rates between 2-24%. A recent review from Dr. Klotz and colleagues highlighted differences in the literature between HIFU and irreversible electroporation. One of the most striking conclusions is the wide range of outcomes, within each treatment modality.

Dr. Stephenson then suggested that focal therapy is not yet ready for routine clinical use and should be predominately performed on-protocol. Further, it is not without toxicity though rates of sexual dysfunction and incontinence associated with traditional prostate cancer treatments are low. Further, cancer outcomes are similar to other ablative approaches in other conditions, such as percutaneous ablation in renal cell carcinoma.

He considered focal therapy as a disruptive innovation, which creates a new market circumstance due to a differing value proposition. While this does not initially threaten current market leaders, with time, improvements are likely to allow these approaches to overtaking existing markets.