Dr. Salerno emphasized that using prostate mpMRI, PSMA-based PET/CT, and confirmatory pathology, the objective of this study was to identify patterns of failure among patients with biochemical recurrence after definitive radiotherapy, including LDR brachytherapy. Patients were included in this study if they had clinical progression or biochemical recurrence after LDR brachytherapy +/- external beam radiotherapy +/- ADT and were enrolled on one of three prospective IRB approved protocols of advanced imaging. All patients underwent a 3T mpMRI, a subset underwent PSMA-based PET/CT, and pathologic confirmation was obtained unless contraindicated. The location of the recurrence within the prostate, seminal vesicles, pelvic lymph nodes, or distant metastases was scored.

There were 58 patients evaluated with mpMRI (January 2011-April 2011) of which seven were censored. The patient characteristics stratified by brachytherapy versus brachytherapy + external beam radiotherapy are as follows: 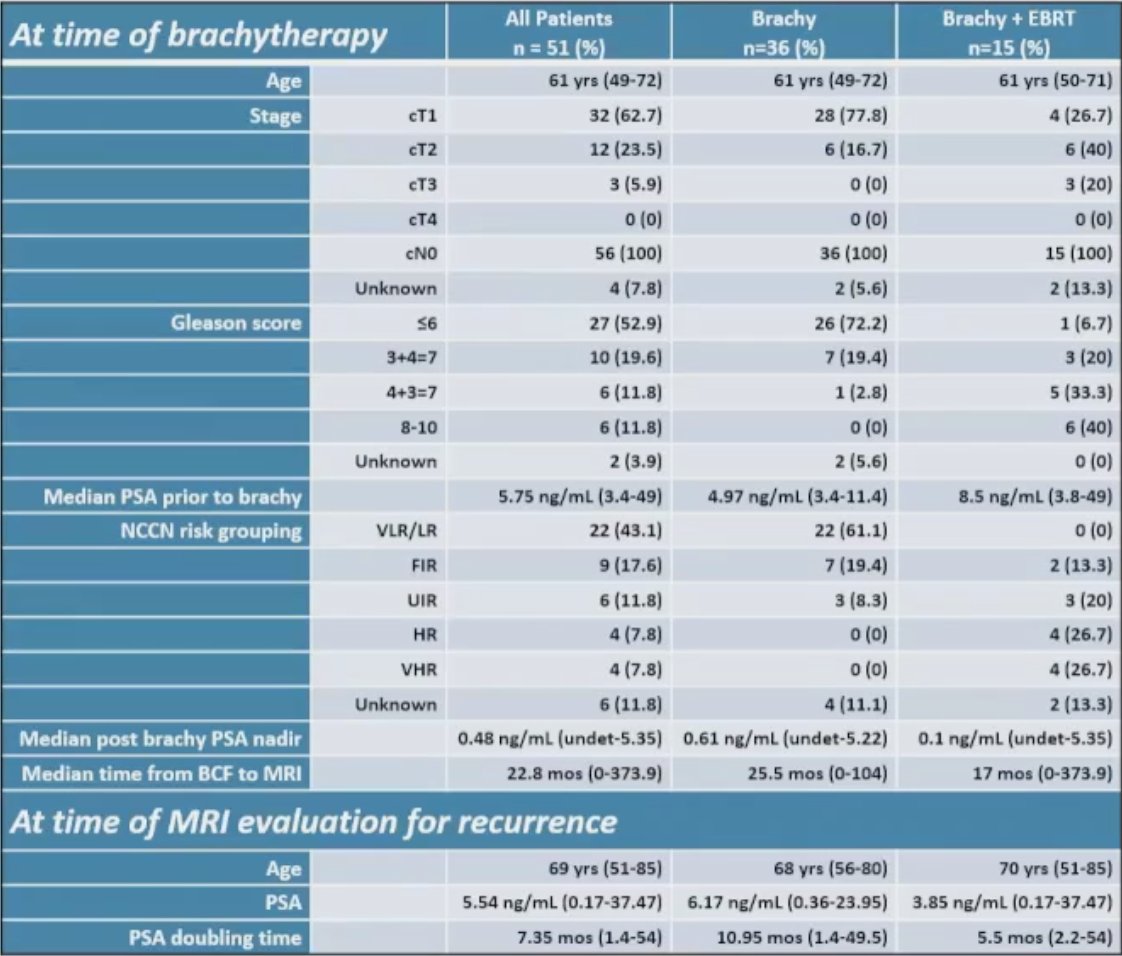 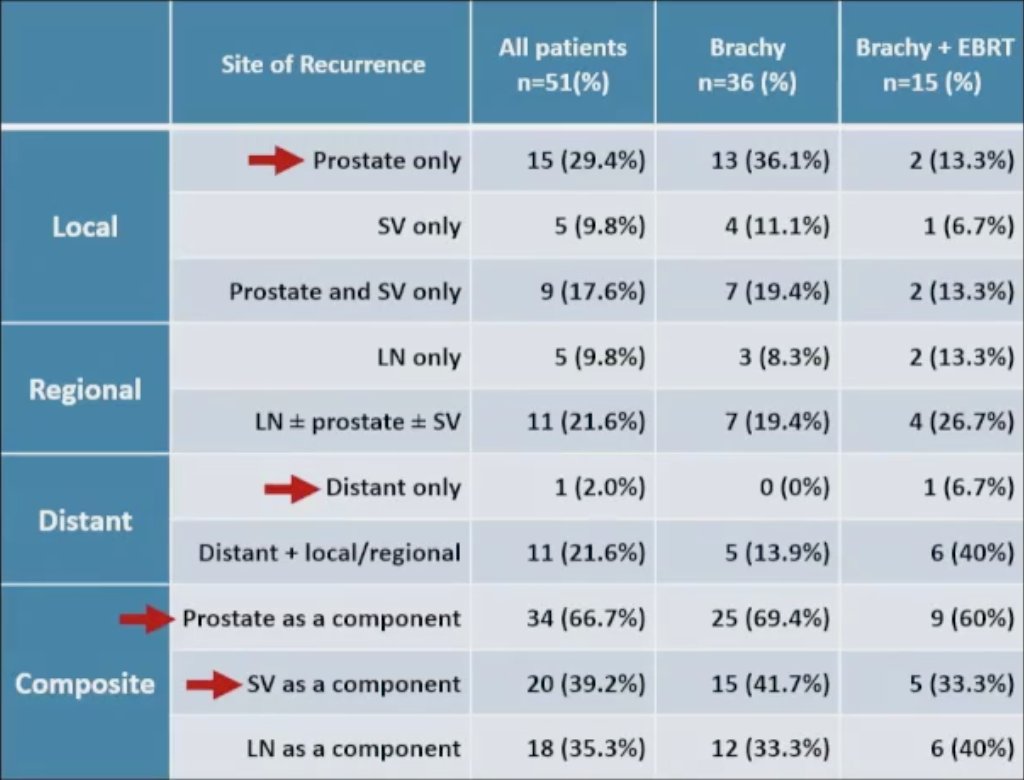 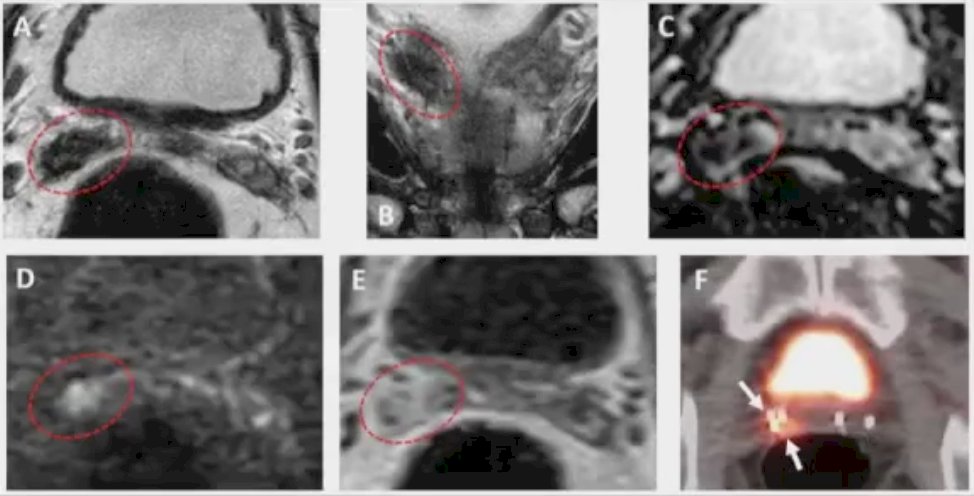 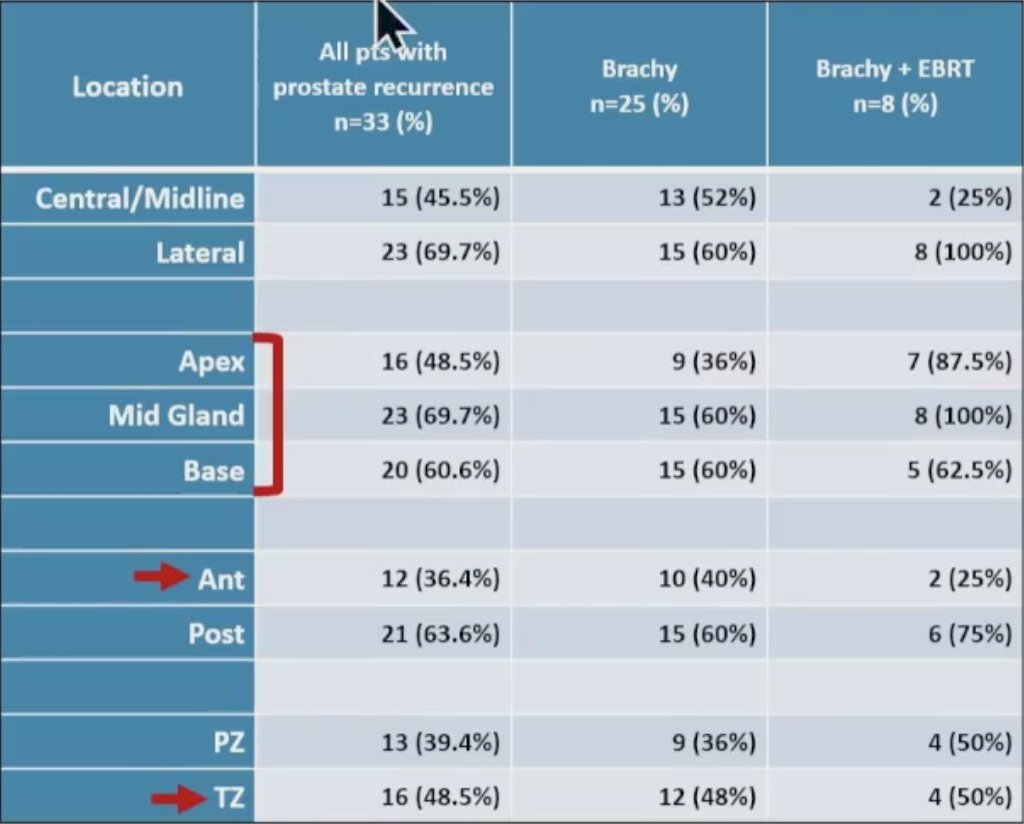 Dr. Salerno concluded her presentation with the following take-home messages: