(UroToday.com) The 2021 American Society for Radiation Oncology (ASTRO) Hybrid Annual Meeting included a Prostate Cancer Oligometastases session and a presentation by Dr. Matthew Deek discussing whether metastasis-directed therapy is the wave of the future for oligometastatic castration-resistant prostate cancer (CRPC).

Dr. Deek started by highlighting a case presentation of a 64-year-old man with pT3aN0M0R1, Gleason 4+5=9 prostate adenocarcinoma s/p radical prostatectomy in 2012 followed by salvage radiotherapy to 68.4 Gy in 2013. He then developed CRPC treated with enzalutamide, followed by oligoprogression with a rising PSA and a growing right external iliac lymph node in 2015. Historically, therapy for CRPC has been systemic therapy, including enzalutamide, abiraterone, darolutamide, radium-223, sipuleucel-T, docetaxel and cabazitaxel, as highlighted by Dr. Deek. But what is the role of local therapies in this setting?

Unlike the metastatic hormone sensitive setting, Dr. Deek notes that there is very little prospective data in the mCRPC setting for metastasis directed therapy. One such study, the ICE-PAC study, was published recently in European Urology,1 testing the efficacy and safety of the PD-L1 inhibitor avelumab with stereotactic ablative body radiotherapy in mCRPC. This was a prospective phase 2 study enrolling 31 men with progressive mCRPC after at least one prior androgen receptor–directed therapy. Patients received avelumab 10 mg/kg intravenously every 2 weeks for 24 weeks (12 cycles), and a single fraction of stereotactic ablative body radiotherapy (20 Gy) was administered to one or two disease sites within 5 days before the first and second avelumab treatments. Over a median follow-up of 18 months, the disease control rate was 48% (95% CI 30–67%) and the objective response rate was 31% (95% CI 11–59%). Median rPFS was 8.4 months (95% CI 4.5–NR) and median OS was 14.1 months (95% CI 8.9–NR): 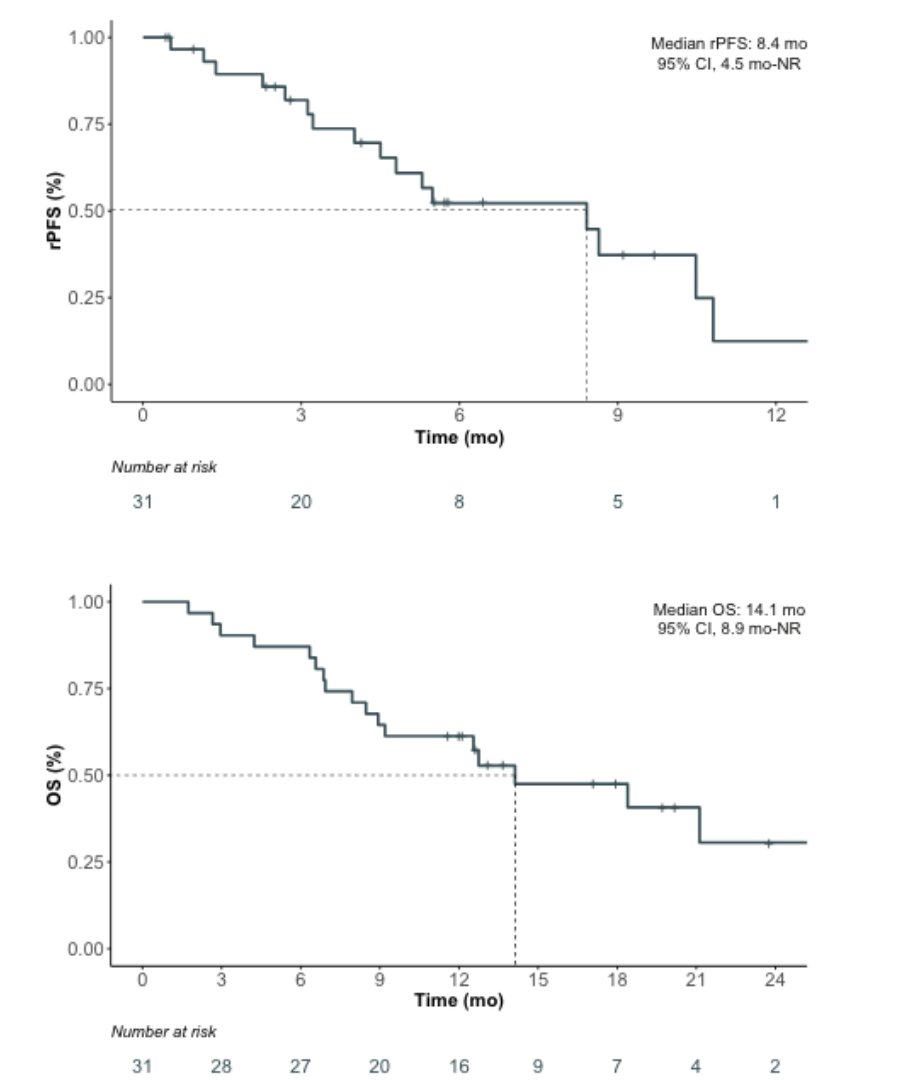 Currently, there are several ongoing trials assessing the utility of metastasis-directed therapy in the mCRPC setting:

Another paradigm is based on the theory that there are resistant clones that have not responded to systemic therapy and these are the lesions that are progressing. So, if the same systemic therapy is continued, keeping the majority of lesions in check, perhaps stereotactic ablative radiotherapy is able to treat those lesions that have progressed (oligo-progressed). Again, there is data from Dr. Deek’s study2 to suggest that this is feasible. They found that outcomes were similar after metastasis-directed therapy in those who remained versus those that changed therapy: 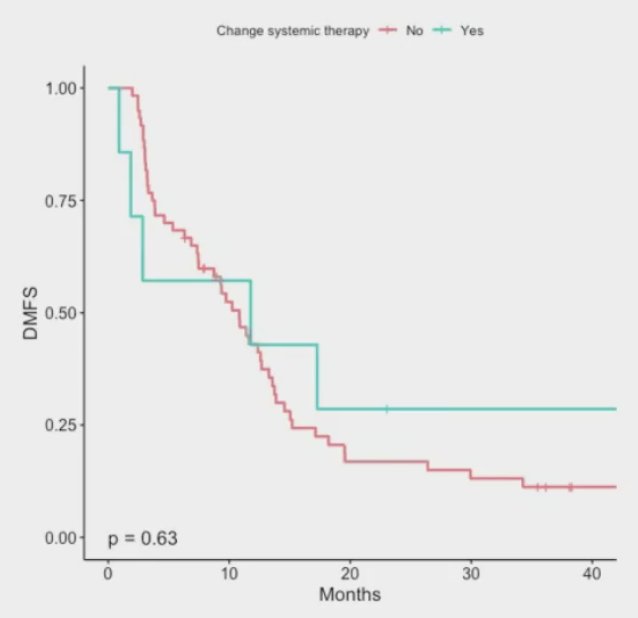 Given that this is a hot topic of investigation, there have been several retrospective studies published over the 2-3 years. To summarize these studies, Dr. Deek notes that time to next intervention is quite similar ranging from 8.6-17 months, but with the majority of studies noting 16-17 months: 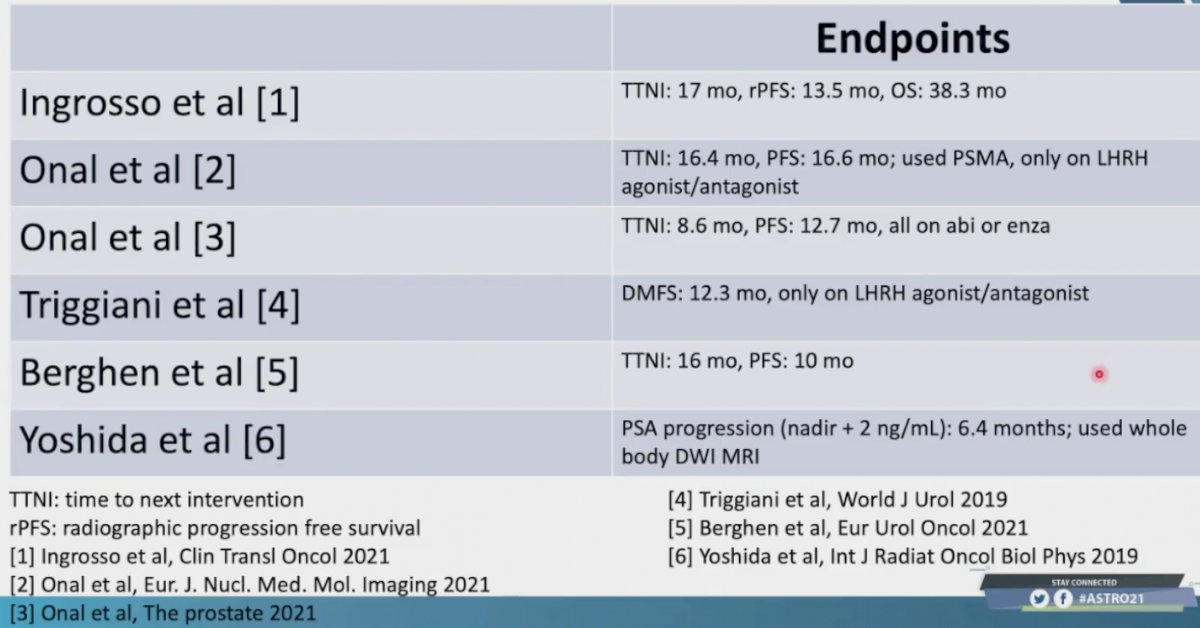 Dr. Deek concluded his presentation by reverting back to the case presentation. This patient was treated with stereotactic ablative radiotherapy (6 Gy x 5) and remained on enzalutamide for 5 years after therapy. He did have an oligoprogression of one lesion by the right common iliac lymph node in 2020, which was successfully treated with further metastasis directed therapy.