This website uses cookies to ensure you get the best experience on our website. Privacy Policy
(UroToday.com) In conjunction with the Scientific Congress held as part of the American Society of Clinical Oncology’s (ASCO) Annual Meeting in May 2020, an Educational Symposium was convened on August 8 to 10th. Hans J. Hammers, MD, Ph.D., from the Harold C. Simmons Comprehensive Cancer Center at the University of Texas Southwestern Medical Center concluded the session entitled “Too Many Choices: How to Select the Best Treatment for Your Patient With Kidney Cancer” with a plenary talk discussing the management of difficult cases among patients with metastatic renal cell carcinoma (mRCC).

In the context of difficult cases of mRCC, Dr. Hammers highlighted that brain and bone metastases often add to the difficulty of management and systemic treatment options include immunotherapy approaches and VEGF directed targeted therapy.

He began with the case of a 57-year-old man with a history of metastatic clear cell RCC, with multiple prior lines of therapy. He recently had response to re-challenge with combination PD-1 and CTLA-4 inhibition prior to presenting with changes in memory, speech and lower extremity strength. Brain imaging demonstrated a left parietal lesion with significant edema. 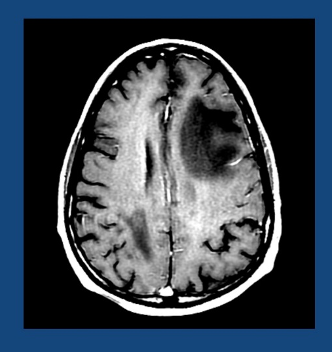 Dr. Hammers highlighted that brain metastases are found in approximately 30% of patients with mRCC during their treatment with a poor prognosis if disease remains uncontrolled. Local therapy can be considered, particularly with surgery for those with a limited number of metastases, significant edema, and neurologic deficits. In contrast, radiation can be considered, particularly with a stereotactic, hypofractionated approach. There is a limited role for whole-brain radiation. Further, he emphasized that systemic therapy (whether TKI or immunotherapy) as limited efficacy in patients with brain metastasis on its own.

He then presented a second case, a 62 year old man with metastatic clear cell RCC with disease in the lungs, liver, and pelvis who had previously received pazopanib, nivolumab and ipilimumab, and axitinib. Most recently, he had achieved a good response to cabozantinib with significant response in the lung and liver lesions but symptomatic disease progression in the pelvis. 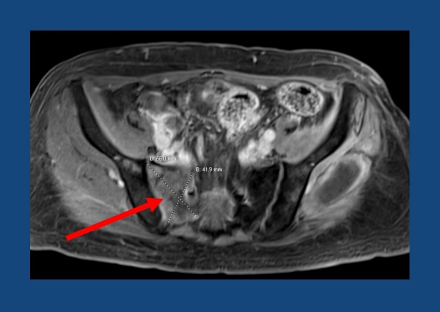 Hen the highlighted that bone metastases are found in approximately one-third of patients with metastatic RCC. Bone metastases may be detected on a variety of imaging approaches. While technetium bone scan and skeletal surveys are easy first-line studies, they are only up to 60% sensitive. In contrast, NaF PET/CT is sensitive but reimbursement is often difficult. Similarly, MRI is sensitive but it not typically used for initial screening.

Bone targeted therapy (including with bisphosphonates and RANK-ligand antagonists) is indicated in many cancers with bony metastases. However, the benefit in mRCC is somewhat unclear as these are highly osteolytic lesions. Thus, there is variable use among clinicians who treat a large volume of these patients. The combination of these agents with VEGF-TKIs increases the risk of osteonecrosis of the jaw, an effect that may be particularly potentiated for those receiving cabozantinib which has intrinsic effects on bone metabolism.

Thus, the ideal treatment approach for these patients includes a multi-disciplinary approach to local therapy with consideration for surgery, radiotherapy, ablation, embolization, and kypohoplasty as well as systemic therapy (with both immunotherapy and VEGF-TKI potentially being of benefit).

He concluded by highlighting that a multi-disciplinary approach is optimal for patients with mRCC.