(UroToday.com) The 2022 GU ASCO Annual meeting included a session on the optimization management of localized prostate cancer, specifically looking at artificial intelligence (AI), active surveillance, and intervention, featuring a presentation by Dr. Alberto Bossi discussing the changing horizons of radiation therapy in localized disease. Dr. Bossi started by highlighting that we need better use of established technologies, dissemination of new technologies, answers to old questions, and a patient-centered approach to radiotherapy.

Dr. Bossi first discussed FLAME, a phase III,1 multicenter, randomized controlled Focal Lesion Ablative Microboost in Prostate Cancer (FLAME) trial of 571 patients with intermediate- and high-risk prostate cancer. Patients were assigned to standard treatment of 77 Gy (fractions of 2.2 Gy) to the entire prostate. The focal boost arm received an additional simultaneous integrated focal boost up to 95 Gy (fractions up to 2.7 Gy) to the intraprostatic lesion visible on mpMRI. The primary endpoint for FLAME was 5-year biochemical disease-free survival (DFS). Over a median follow-up of 72 months, biochemical DFS was significantly higher in the focal boost arm compared with the standard arm (HR 0.45, 95% CI, 0.28 to 0.71): 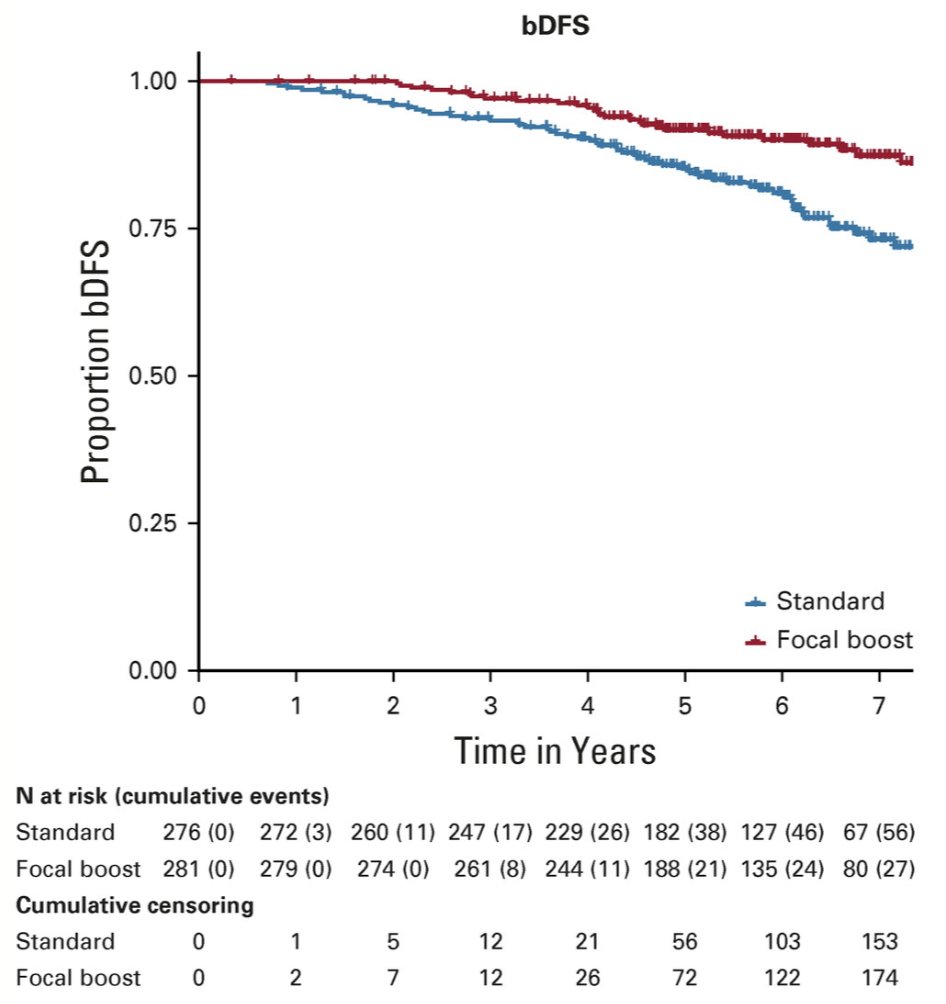 At 5-year follow-up, biochemical DFS was 92% and 85%, respectively; there were no differences in prostate cancer-specific survival (p = 0.49) and overall survival (p = 0.50). The cumulative incidence of late genitourinary and GI toxicity grade ≥ 2 was 23% and 12% in the standard arm versus 28% and 13% in the focal boost arm, respectively. 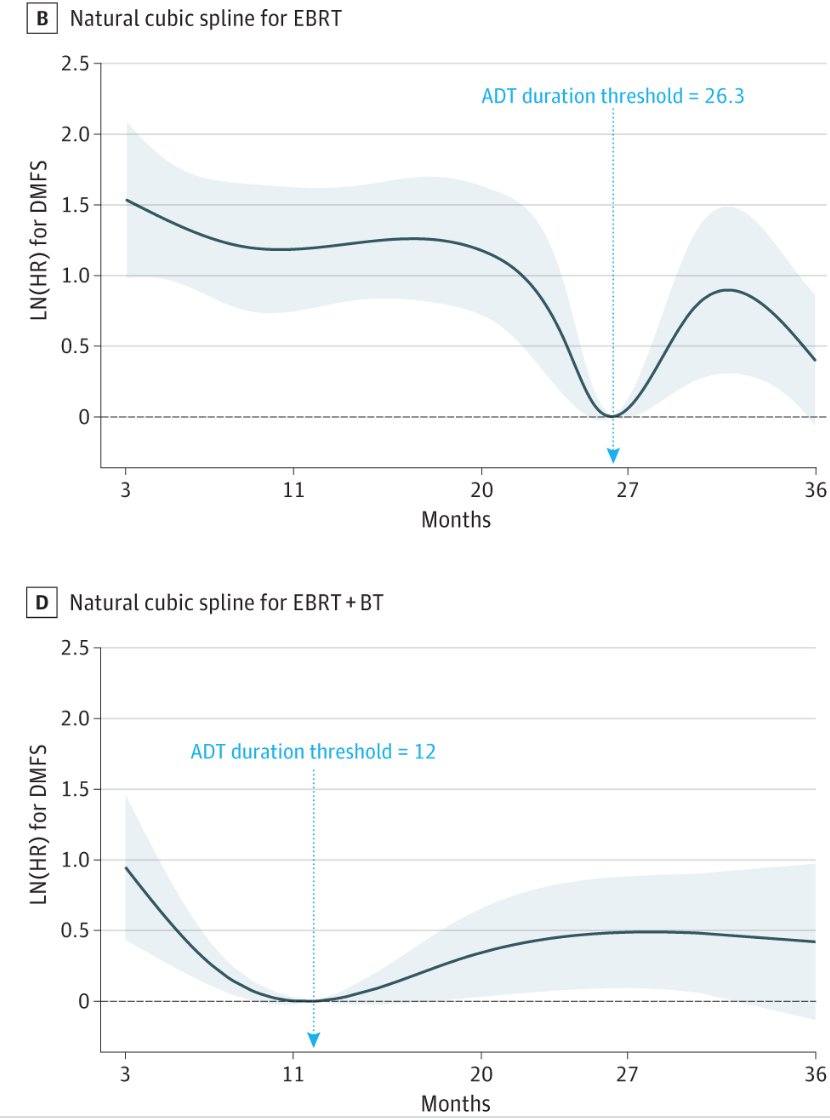 Dr. Bossi notes that recent interest has been related to intense radiotherapy fractionation. The Scandinavian HYPO-RT-PC randomized controlled phase III trial3 randomized men with intermediate and high-risk prostate cancer to either conventional fractionating (n = 602; 78.0 Gy in 39 fractions, 5 days per week for 8 weeks) or ultrahypofractionated (n=598; 42.7 Gy in seven fractions, 3 days per week for 2.5 weeks). The primary endpoint was time to biochemical or clinical failure. The estimated failure-free survival at 5 years was 84% (95% CI 80-87) in both treatment groups, with an adjusted HR of 1.002 (95% CI 0.758-1.325; log-rank p=0.99). There was weak evidence of an increased frequency of acute physician-reported RTOG grade 2 or worse urinary toxicity in the ultra-hypofractionation group at end of radiotherapy (158 [28%] of 569 patients vs 132 [23%] of 578 patients; p=0.057). Based on these results, there has been support for the use of ultra-hypofractionated radiotherapy for prostate cancer. 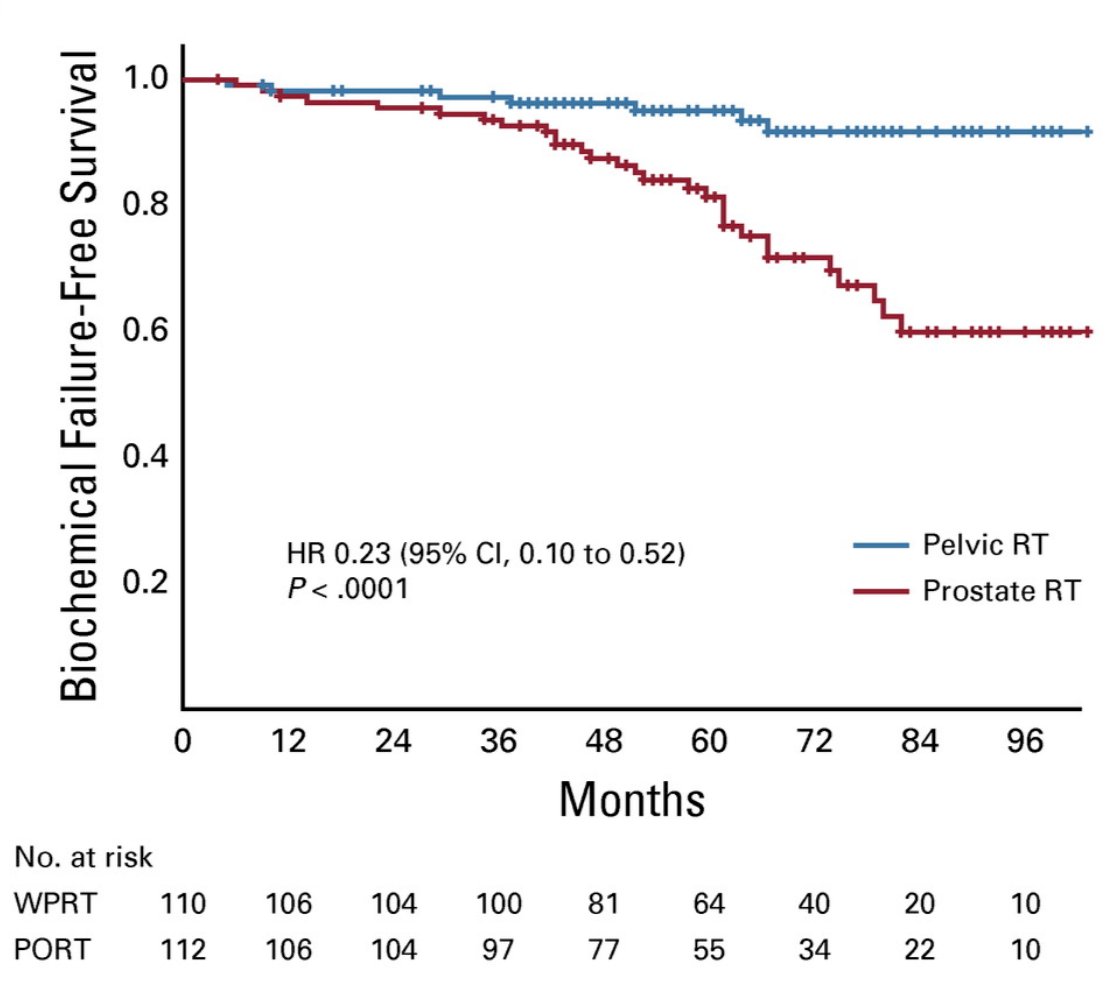 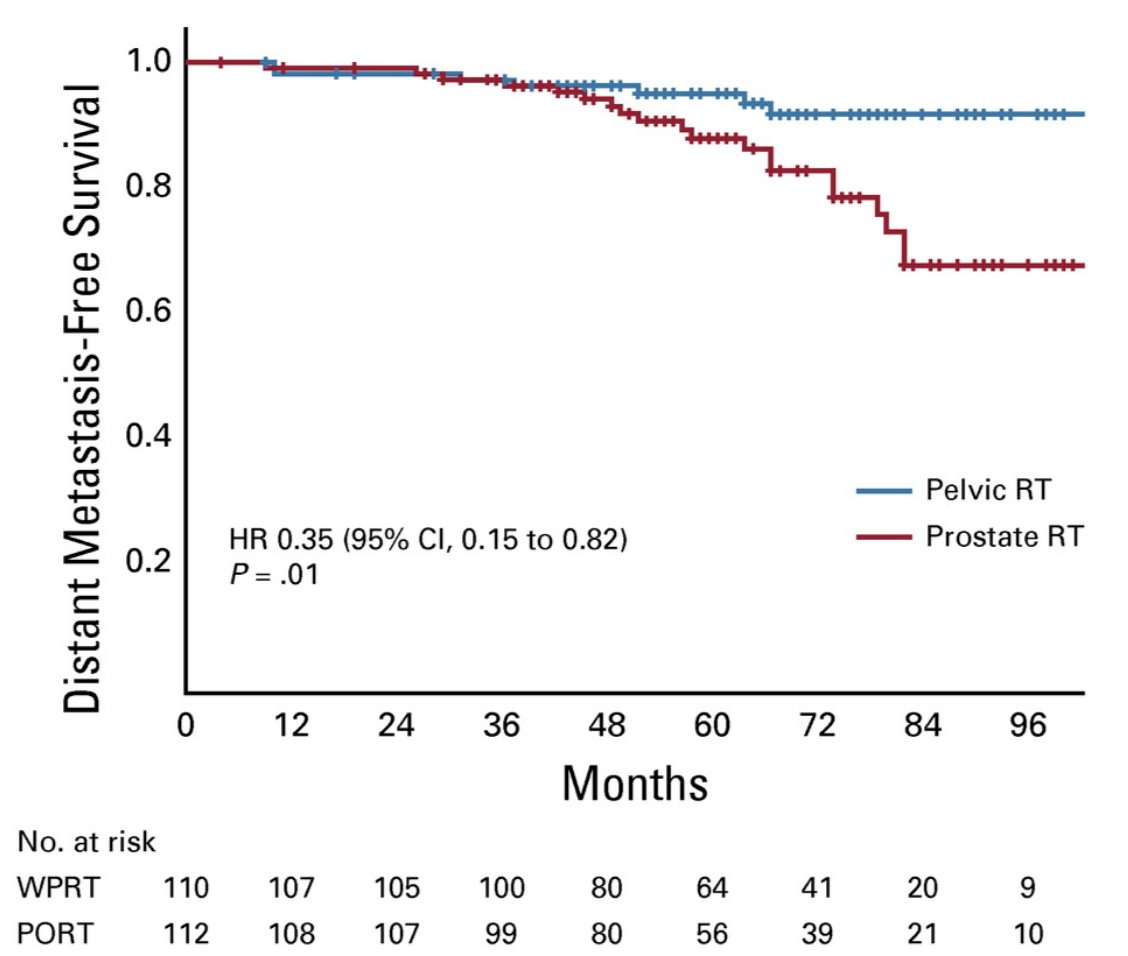 Additionally, a modest increase was observed in the incidence of grade ≥ 2 late genitourinary toxicity with pelvic radiotherapy, with a low incidence of GI toxicity in both the arms:

Dr. Bossi notes that there is a “sliding window” of whole-pelvic radiotherapy, weighing the balance of probability of a “pure” intraprostatic disease versus the probability of metastatic disease. To improve appropriate treatment for these patients, he recommends utilization of the Roach formula and pre-treatment PSMA imaging:

Finally, a patient centered approach must take into account toxicity of treatment for the patient. Schumacher et al.5 assessed the effects of exercise during radiation therapy on physical function and treatment-related side effects in men with prostate cancer, noting that among 391 men included in this review, exercise resulted in consistent significant benefits for physical function in terms of cardiovascular fitness and muscle function. Additionally, there was a significant positive effect of exercise on urinary toxicity, but not on intestinal or hormonal toxicity, depression, or sleep symptoms: 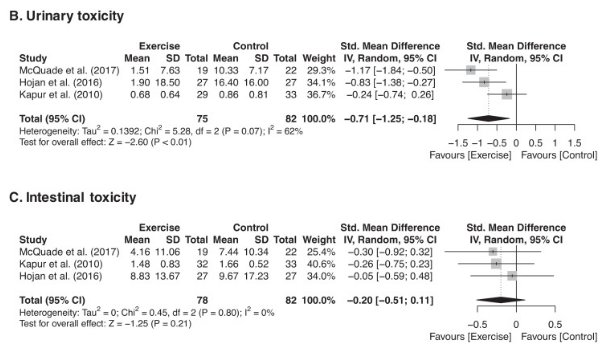 Dr. Bossi concluded his presentation of the changing horizons of radiation therapy in localized disease noting that we should utilize focal mpMRI guided radiotherapy boosts, external beam radiotherapy should be utilized with brachytherapy boosts, extreme hypofractionation has arrived for appropriately selected patients, and consideration should be given for pelvic lymph node irradiation in men at high risk for nodal involvement. Ultimately, we are striving for precision and personalization of radiotherapy.