ARASENS enrolled patients with mHSPC with ECOG performance status 0 or 1, and were candidates for ADT and docetaxel. Eligible participants were randomized to receive ADT and six cycles of docetaxel plus placebo or darolutamide. Patients were stratified by extent of metastatic disease and alkaline phosphatase level. The primary endpoint was overall survival (OS). 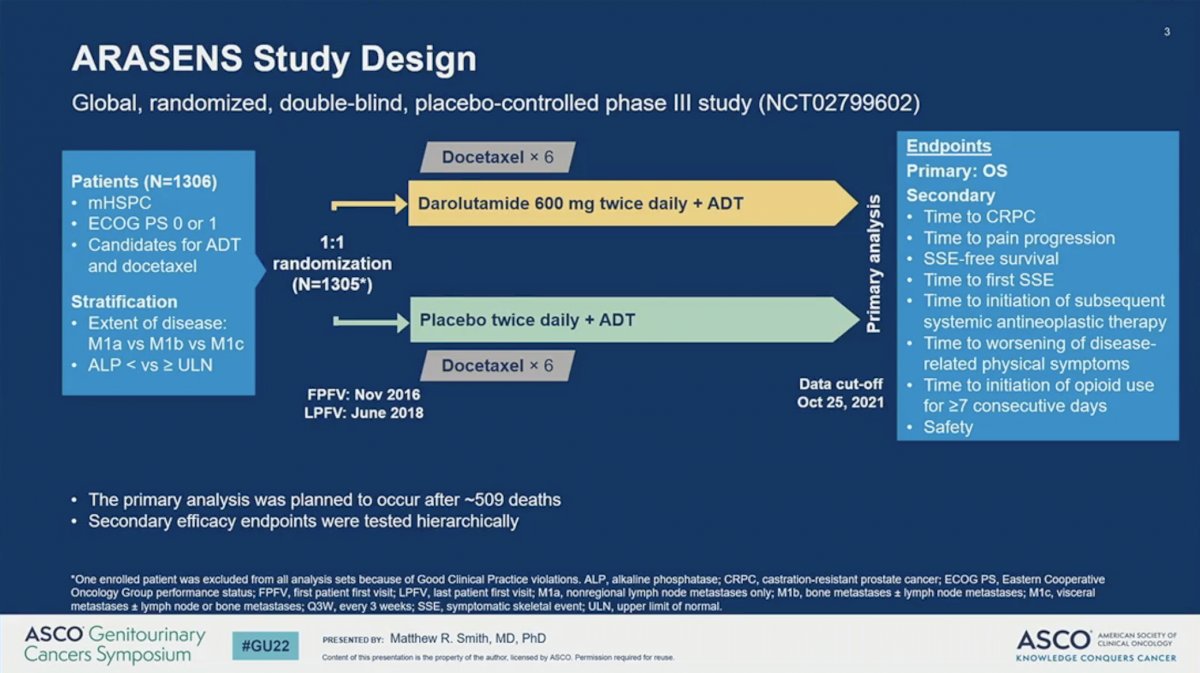 In the analytical cohort, 651 patients were randomized to receive darolutamide and 654 to receive placebo. Overall, baseline demographics and disease characteristics were well-balanced between the two arms. Notable characteristics included approximately 78% of patients on both arms with Gleason 8 or higher disease at diagnosis, approximately 86% with de novo metastatic disease, and approximately 18% with M1c (visceral metastases). Of note, the trial was designed prior to the CHAARTED study being reported, so patients were not characterized as high- and low-volume. 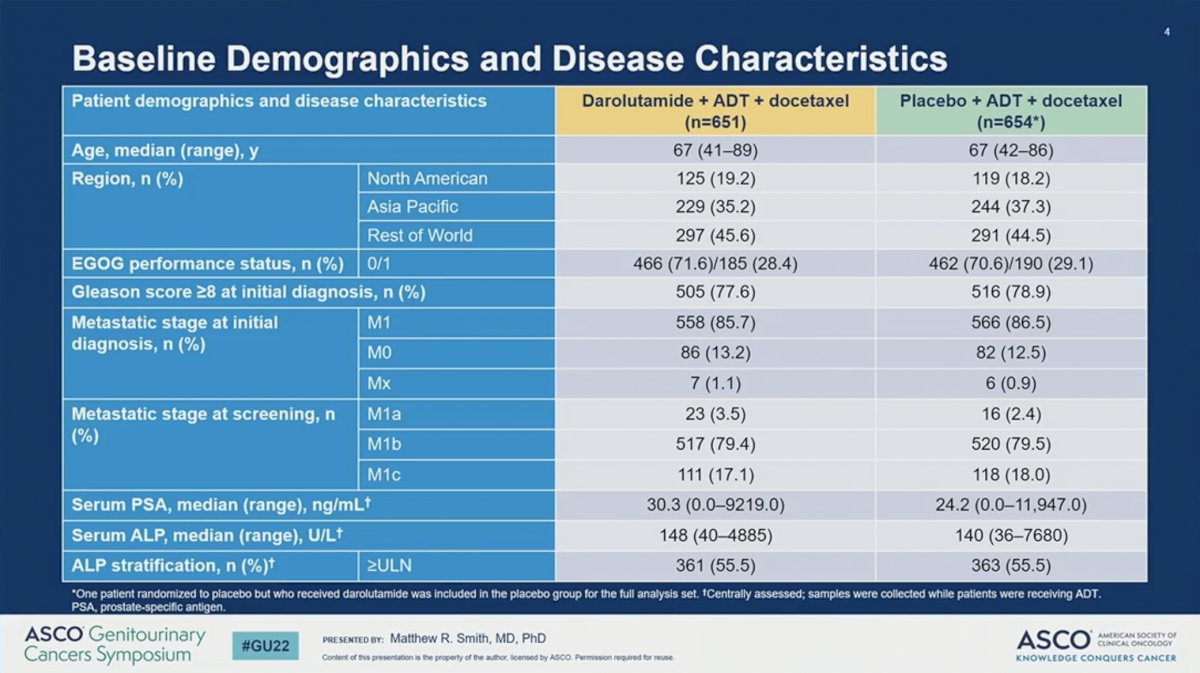 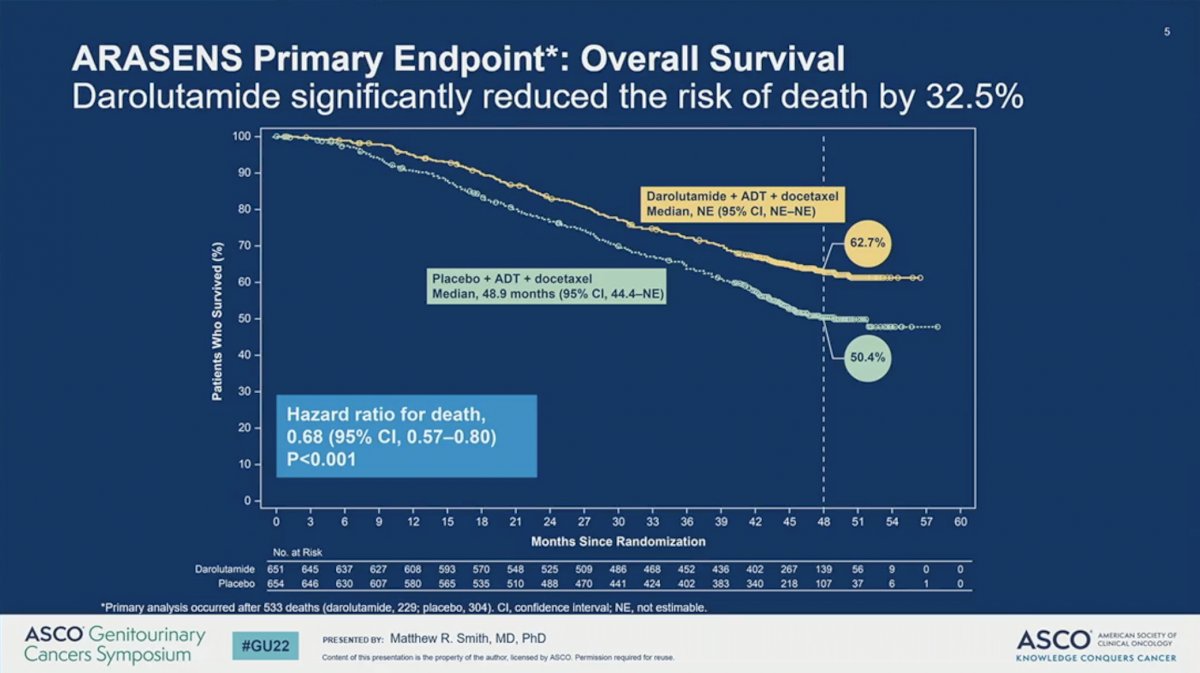 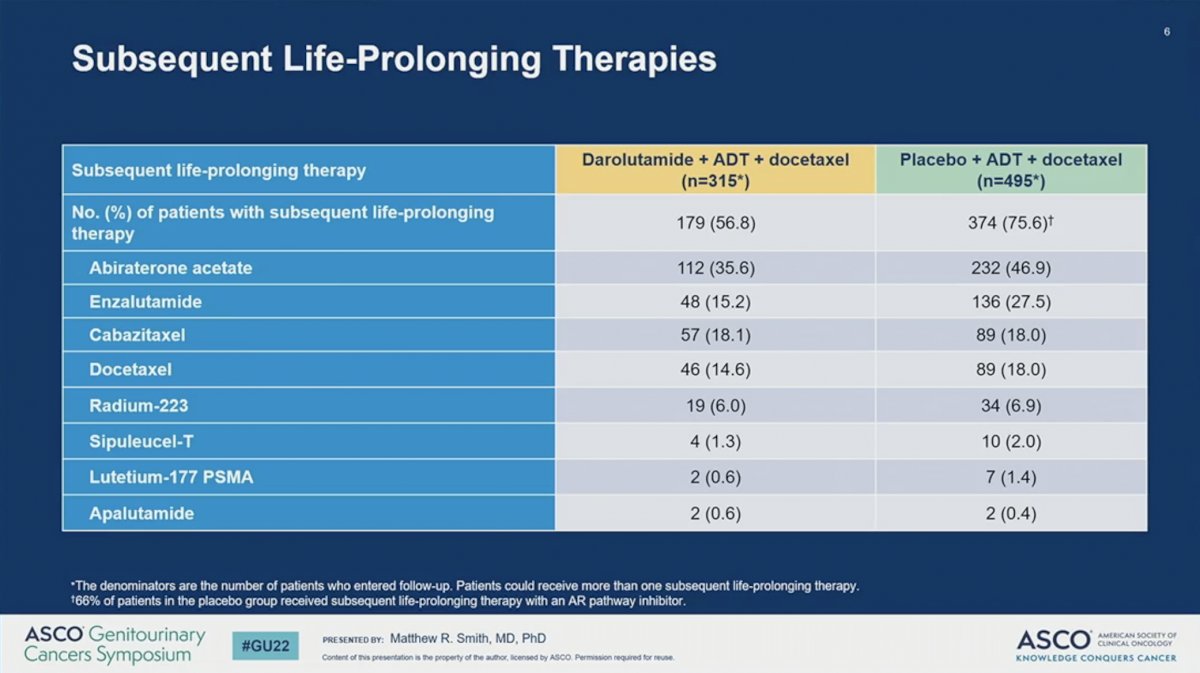 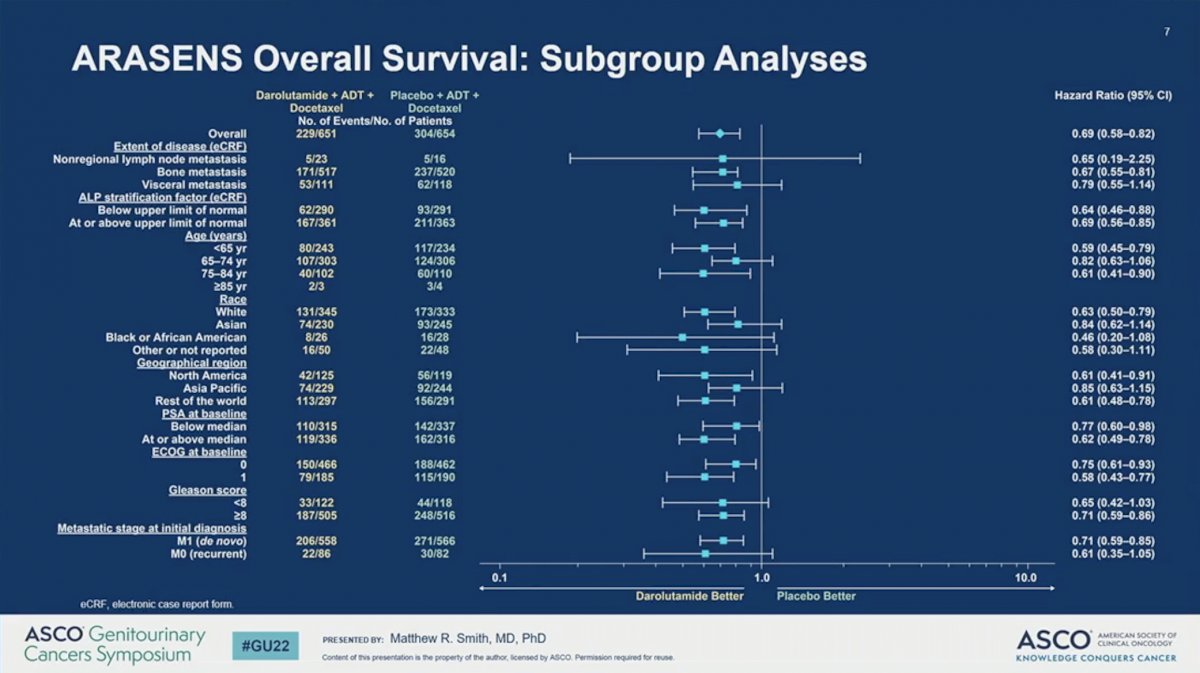 Key secondary endpoints, including time to mCRPC, time to pain progression, time to symptomatic skeletal event (SSE), and time to subsequent anti-neoplastic therapy, all favored the addition of darolutamide to ADT plus docetaxel. 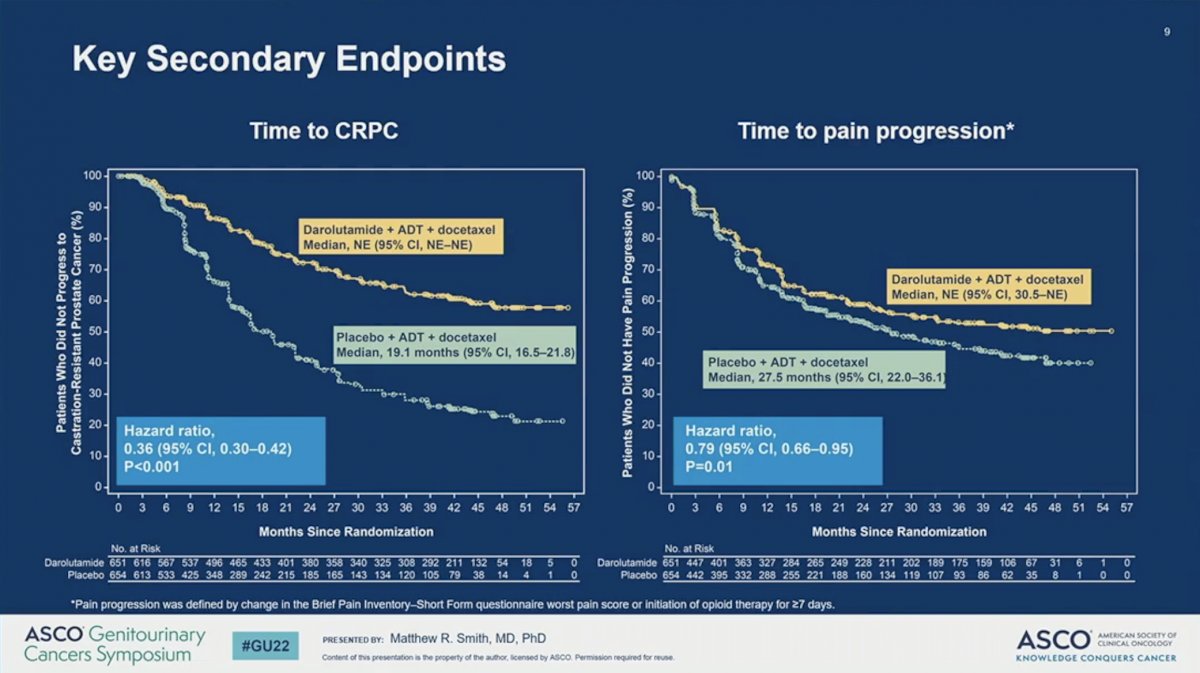 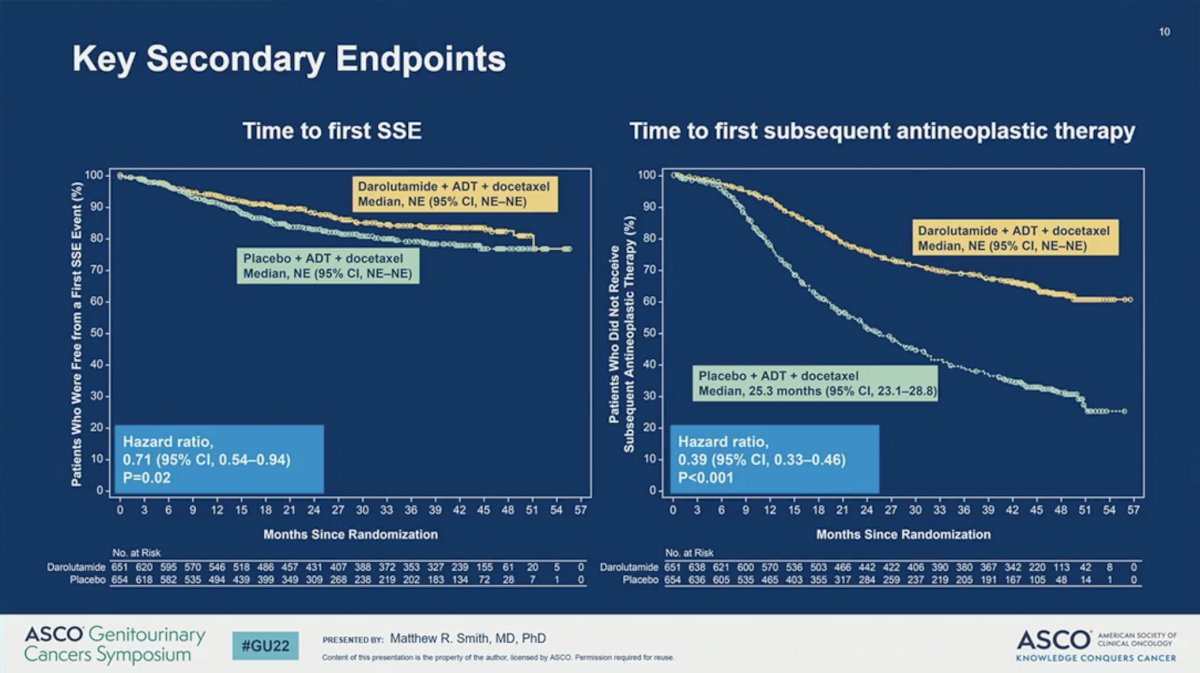 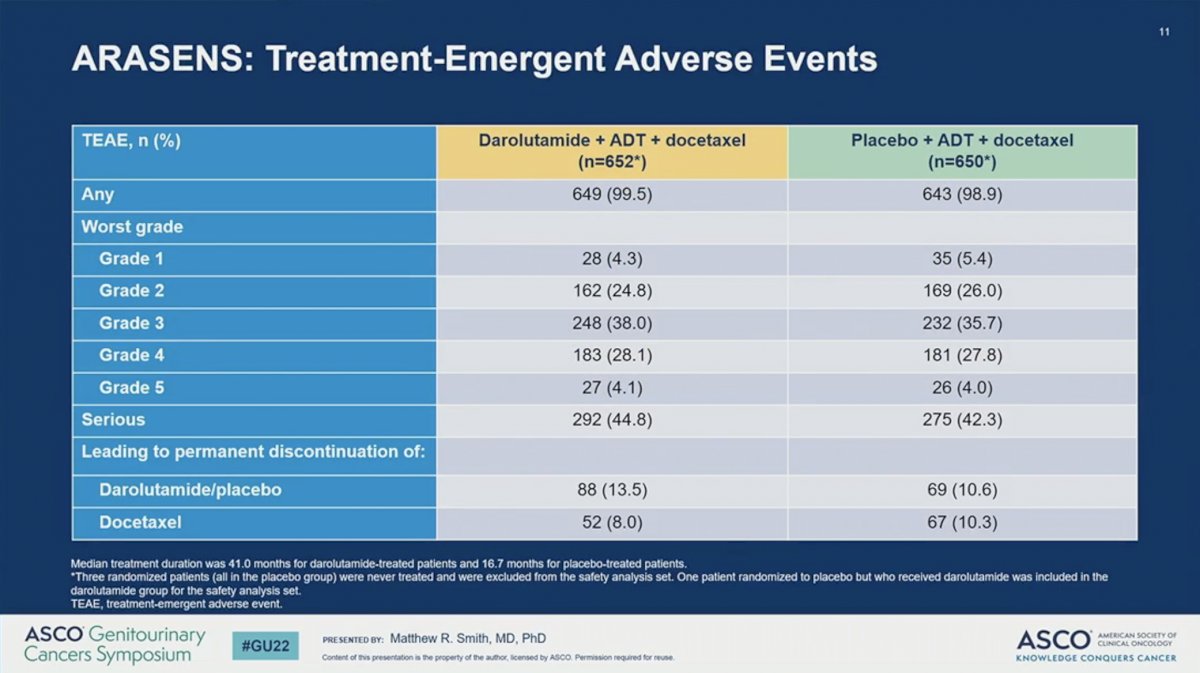 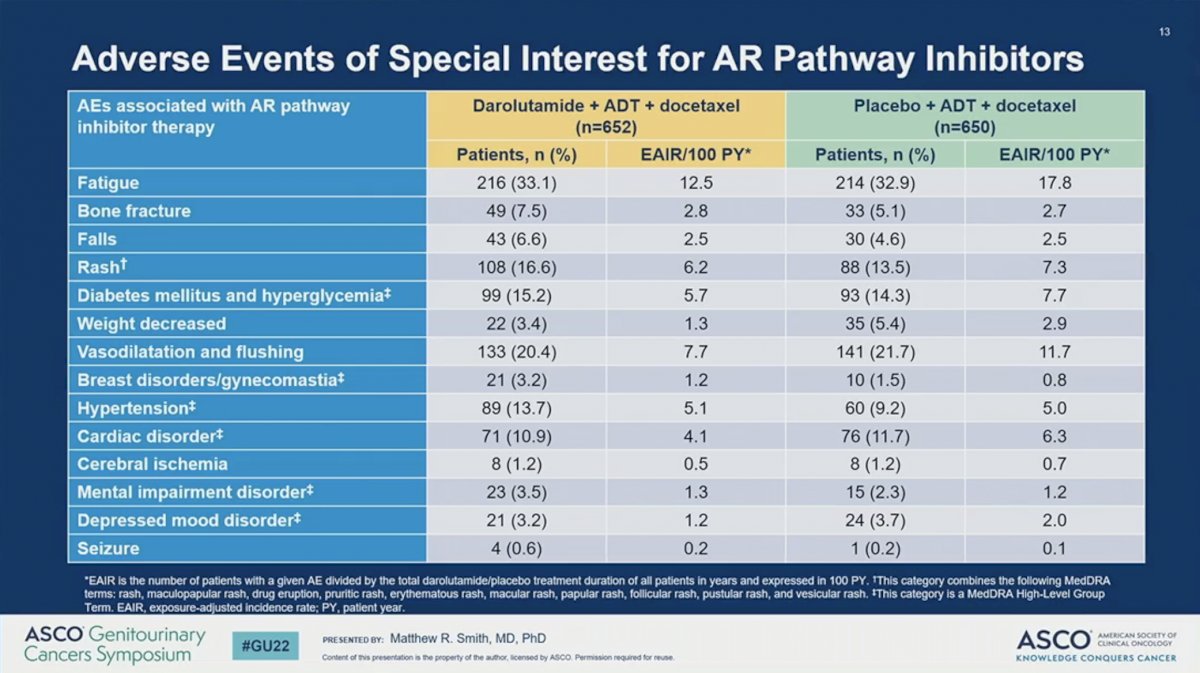 Presented by: Matthew R. Smith, MD, PhD, is Director of the Genitourinary Oncology Program at Massachusetts General Hospital Cancer Center and an Associate Professor of Medicine at Harvard Medical School