(UroToday.com) The 2022 GU ASCO Annual meeting included a rare tumors oral abstract session featuring work from Dr. Alfredo Berruti and colleagues presenting results of the ADIUVO study, the first randomized trial on adjuvant mitotane in adrenocortical carcinoma patients. The incidence of adrenocortical carcinoma incidence is 0.7-2.0 new cases per million people per year. Among these patients, 50-70% are hormone-secreting tumors, 50% of patients undergo radical surgery, however 40-70% of patients relapse after surgery. The European Society of Endocrinology-European Network for the Study of Adrenal Tumors guidelines on adrenocortical carcinoma management suggest adjuvant mitotane for patients at high risk of recurrence. This indication has a limited evidence base, lacking results from randomized controlled trials. No suggestion for or against adjuvant mitotane in low-risk patients was given, since studies did not stratify patients for prognosis. The randomized controlled study ADIUVO compared the efficacy of adjuvant mitotane treatment versus observation in prolonging recurrence-free survival in patients at low-intermediate risk of recurrence.

The main inclusion criteria were: stage I-III adrenocortical carcinoma, surgical resection with negative margins, and Ki-67 ≤10%. Patients were randomly assigned 1:1 to adjuvant mitotane or observation, and the primary endpoint of the study was recurrence-free survival. The study design for this trial is as follows:

In the ADIUVO study, the median follow-up was 48 months over which there were 8 recurrences in the mitotane and 11 in the observation arm, while deaths were recorded for two and five patients, respectively. Recurrence-free survival (HR 0.74, 95% CI 0.30-1.85) did not significantly differ between the two arms: 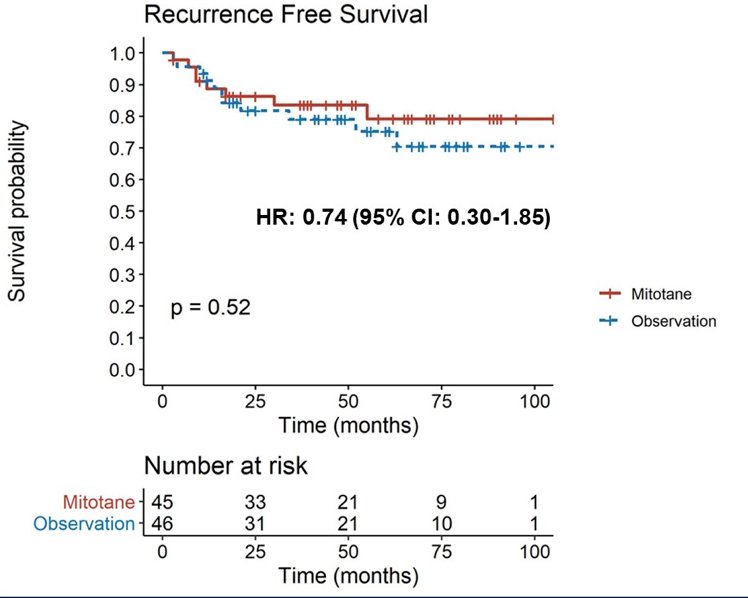 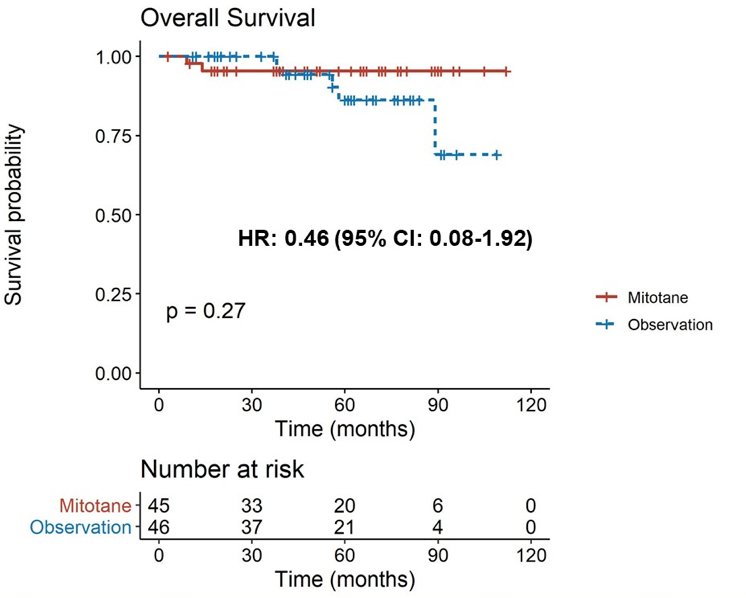 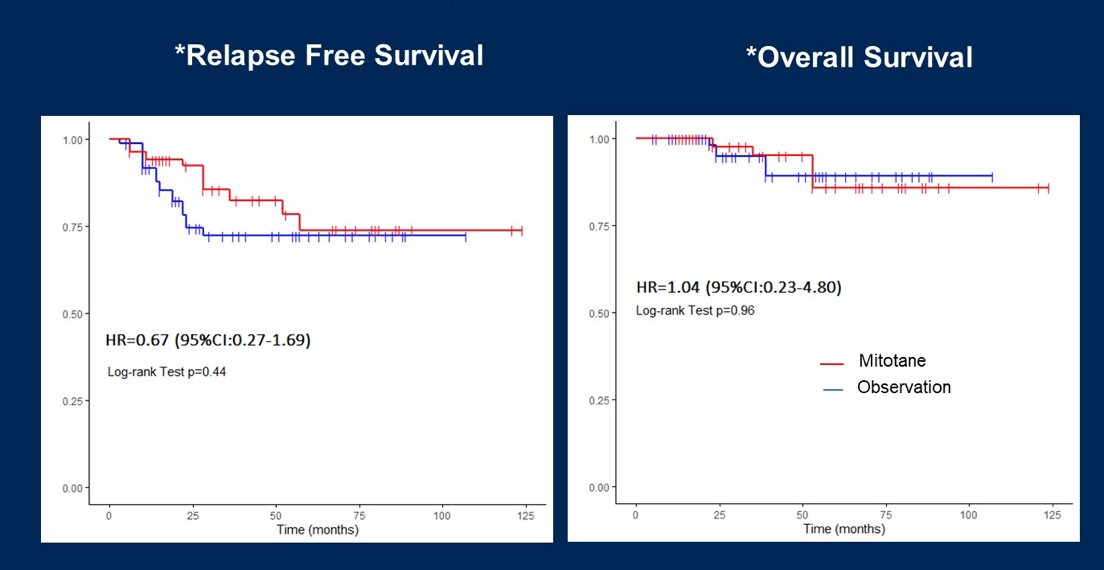 The survival analysis in the ADIUVO observational study confirmed that of the ADIUVO randomized trial. Given the outcome of both studies, the number needed to treat is 55.

Dr. Berruti concluded his presentation of the ADIUVO study of adjuvant mitotane in adrenocortical carcinoma patients with the following take-home messages: