(UroToday.com) On the third day of the American Society for Clinical Oncology (ASCO) Genitourinary Cancer Symposium 2022 in a symposium focused on biomarkers and therapies in renal cell carcinoma (RCC), Dr. Ghatalia began the symposium with a presentation on predictive biomarkers in metastatic RCC (mRCC). 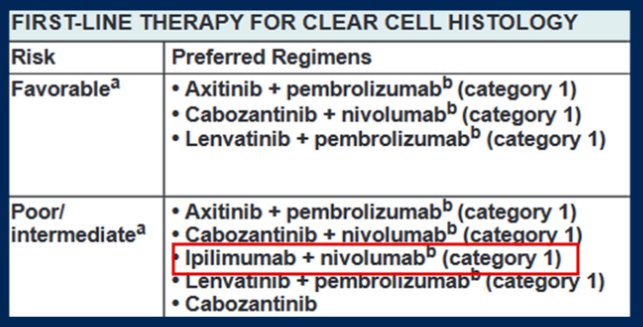 Among these, she first discussed gene expression signatures, particularly, immune signatures that may be predictive of response to combined immune checkpoint inhibition and tyrosine kinase inhibitor based on the IMmotion150 trial. Correlative studies from this study demonstrated that the Teffhigh signature (compared to Tefflow) was associated with a differentially greater response to the combined treatment approach, compared to sunitinib. 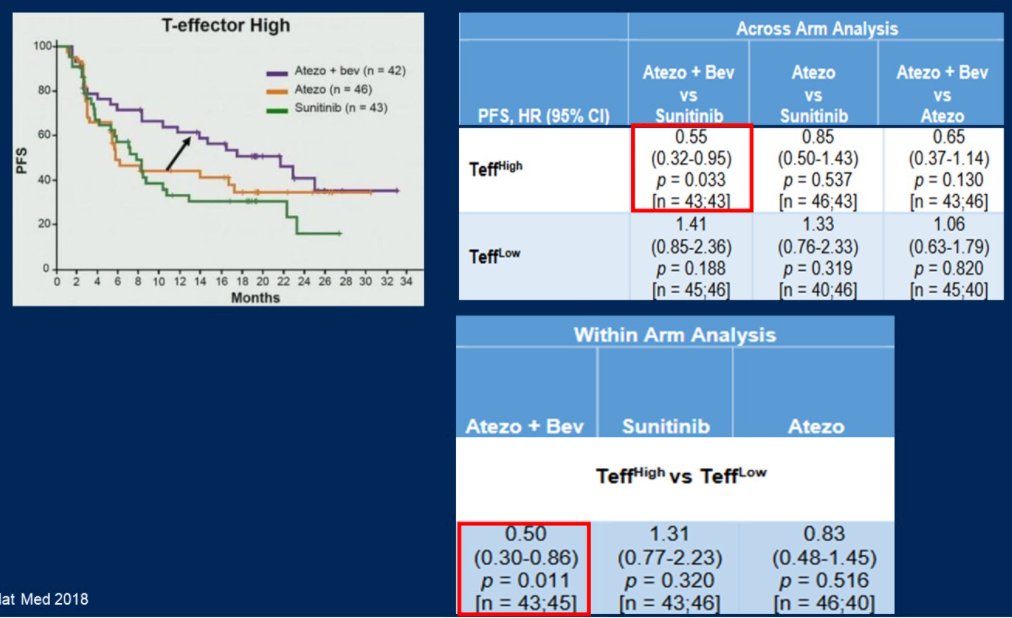 For patient receiving treatment with tyrosine kinase inhibitors, an angiogenesis signature (Angiohigh) has been shown to be predictive of response to treatment in both the IMmotion150 and JAVELIN Renal 101 cohorts.

Among those patients in the CheckMate214 trial who received dual immune checkpoint inhibition with nivolumab and ipilimumab, immune related signatures were not predictive of response, in contrast to patients who received combination immune checkpoint inhibitor and tyrosine kinase inhibitor therapy. However, in this trial, the angiogenesis signature was predictive of response to therapy among those patients in the control arm who received sunitinib. 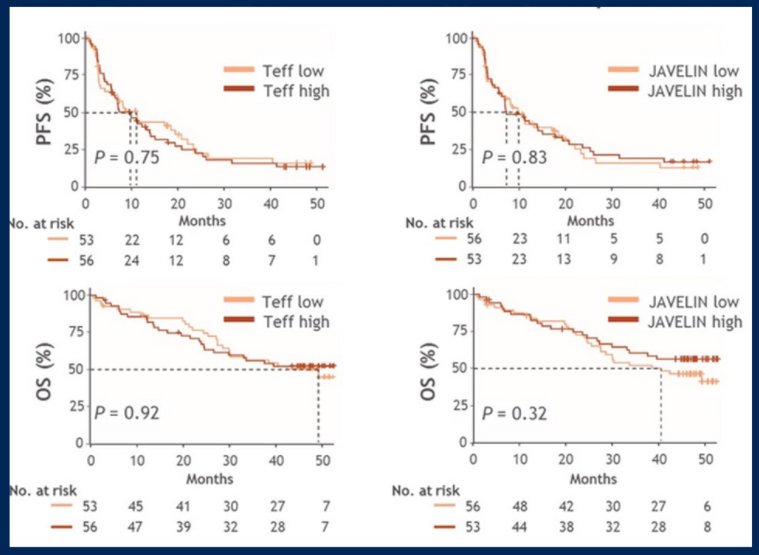 In the BIONIKK trial, treatment allocation was based on four molecular subtypes of RCC. Based on a 35-gene signature, patients in the ccrcc1 (immune cold) and ccrcc4 (immune hot) subgroups, patients were randomized to nivolumab monotherapy or nivolumab and ipilimumab combination therapy while those in ccrcc2 (angio high) and ccrcc3 (normal kidney) subgroups were randomized to tyrosine kinase inhibitor or nivolumab and ipilimumab combination therapy. While those in ccrcc4 had comparable responses to either nivolumab monotherapy and combination therapy (implying that treatment may be de-intensified, reducing toxicity, without compromising efficacy), patients in ccrcc1 had significant better responses to the combination approach. Additionally, while ccrcc3 which associated with a generally poor prognosis, there was no response to tyrosine kinase inhibitors in this group, emphasizing the value of combined immune checkpoint inhibition in this group.

She then moved to discussing Human Endogenous Retroviruses (HERVs), which comprise 5-8% of the human genome, have mutations that disable key coding genes and are silence epigenetically. There is inappropriate expression of HERVs in some cancer and abnormal HERV RNA may activate innate immunity. Based on data from the TCGA, there is evidence that HERVs are over-expressed in clear cell RCC. Further, high HERV expression is associated with high immune cell infiltration with differences in mRNA expression of CD8A, a cytotoxic T cell marker) and immune checkpoint genes.

Further, expression of a variety of ERVs including ERV3.2, ERV2282, and ERV3382 is associated with the response to single agent immunotherapy. However, operationalizing these is not entirely straightforward as relationships between expression levels and outcomes such as progression-free survival and overall survival seen when ERV expression is examined continuously are no longer significant when expression is dichotomized. In the ADAPTer cohort, tumor cell specific HERVs are associated with a lack of response to anti-PD-L therapy.

Finally, Dr. Ghatalia considered obesity as a predictive marker. In particular, in a number of cohorts including the IMDC, external validation cohorts, and the COMPARZ trial, obesity was associated with better long-term survival among patients treated with tyrosine kinase inhibitors. Further, obese patients have, on average, higher angiogenesis scores. Additionally, increase BMI (operationalized this time as BMI 25 and greater) was associated with improved response to immune checkpoint inhibition. She hypothesized that higher inflammation in the perirenal fat may explain this greater immune response. 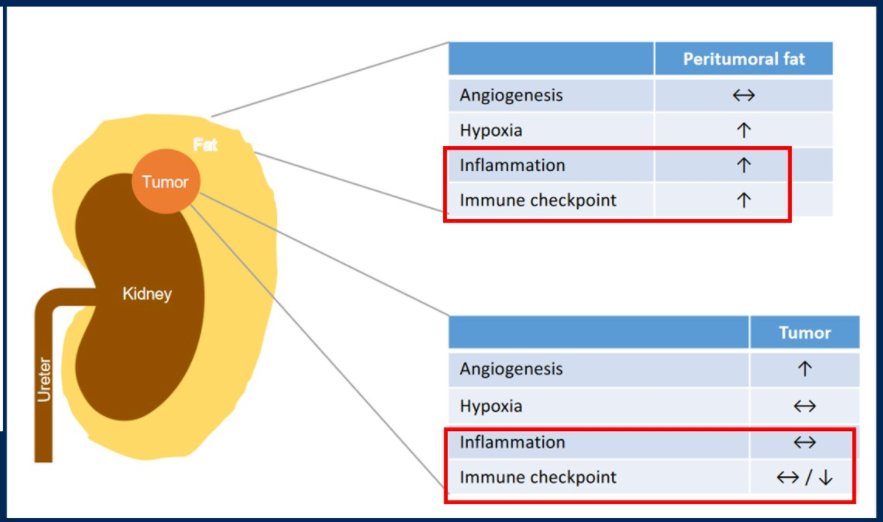 In closing, she highlighted that future work requires clinical trials using gene expression signatures, the development of biomarkers for other promising drugs, and the evaluation of gene signatures in the adjuvant setting.