San Francisco, CA (UroToday.com) The hallmark of prostate cancer has been hormone (testosterone)-dependence dating back to Dr. Charles Huggins’ discoveries and his eventual Nobel prize1. Beyond direct effects when targeting sex hormones, arrogations in mineralocorticoids and glucocorticoids have been long apparent, most notably with the CYP17A1 inhibitor abiraterone (given as prodrug abiraterone acetate) which requires daily dosing of prednisone due to inadvertent upstream blockage of mineralocorticoid synthesis and subsequent hypertension2. The downstream endocrine effects of potent androgen receptor (AR) suppression are incompletely understood.  Their effects may impact the patient in both possible promotion of adverse effects and inadvertent interactions with other therapies, including and notably immunotherapies.
Here Dr. Nima Sharifi presents data on changes in endogenous active glucocorticoids in response to potent AR antagonism.  To begin, he provided the example of the rare condition called Apparent Mineralocorticoid Excess (AME), where patients harbor a congenital absence of 11β-HSD2, with resultant expected hypertension and hypokalemia. 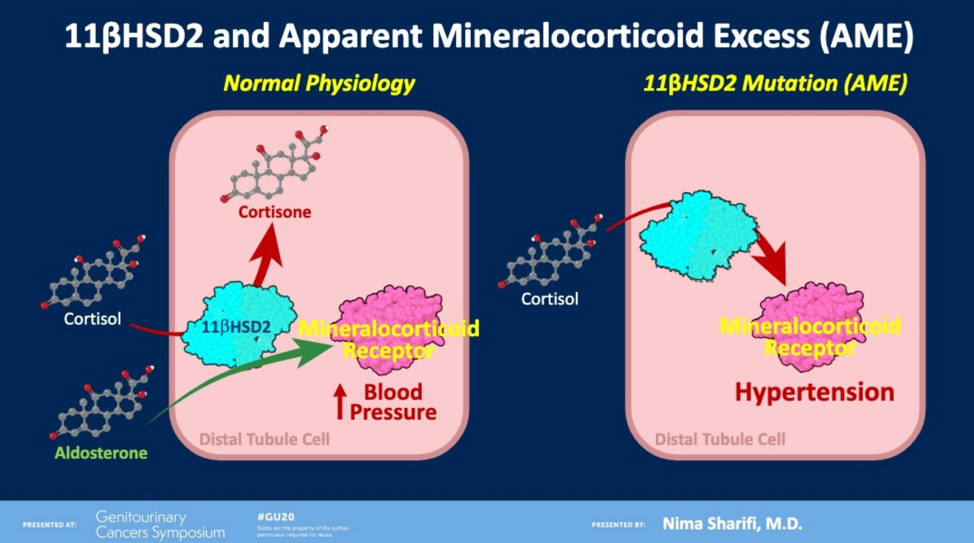 The authors hypothesized that enzalutamide and apalutamide will block the major enzyme (11β-HSD2) responsible for the inactivation of active cortisol to cortisone in peripheral tissues, with resulting overexposure to endogenous glucocorticoids.  For this to be mechanistically-coherent, the kidney would need to be receptive to AR antagonism.  To wit, he shows evidence for sexually-dimorphic expression of AR in the kidneys of men but not of women, leading to their additional hypothesis that the co-expression of 11β-HSD2 and androgen receptor could suggest a mechanism of 11β-HSD2 enzyme regulation. 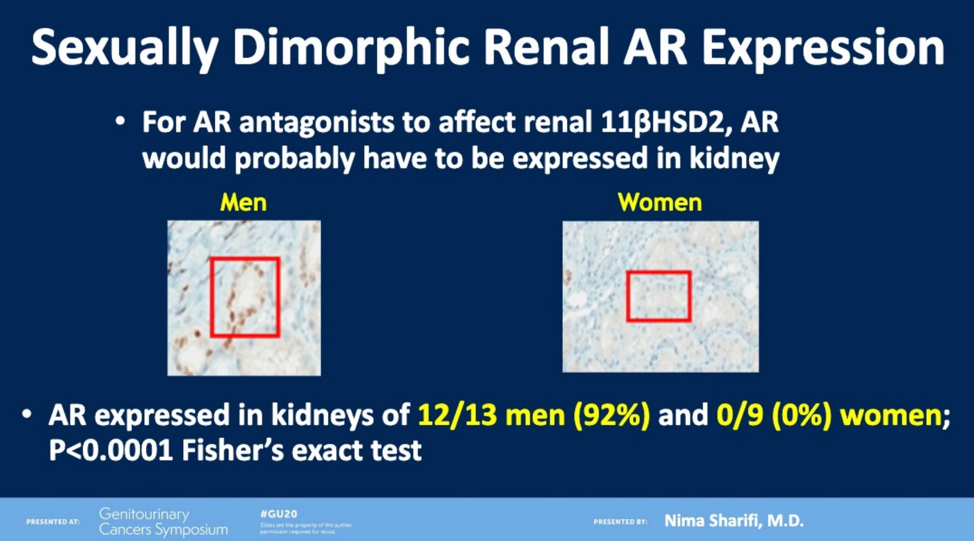 Data from two patients with exaggerated hypertensive responses to enzalutamide were presented with concomitant rises in urine cortisol/cortisone at rates high enough to match diagnostic criteria for AME. 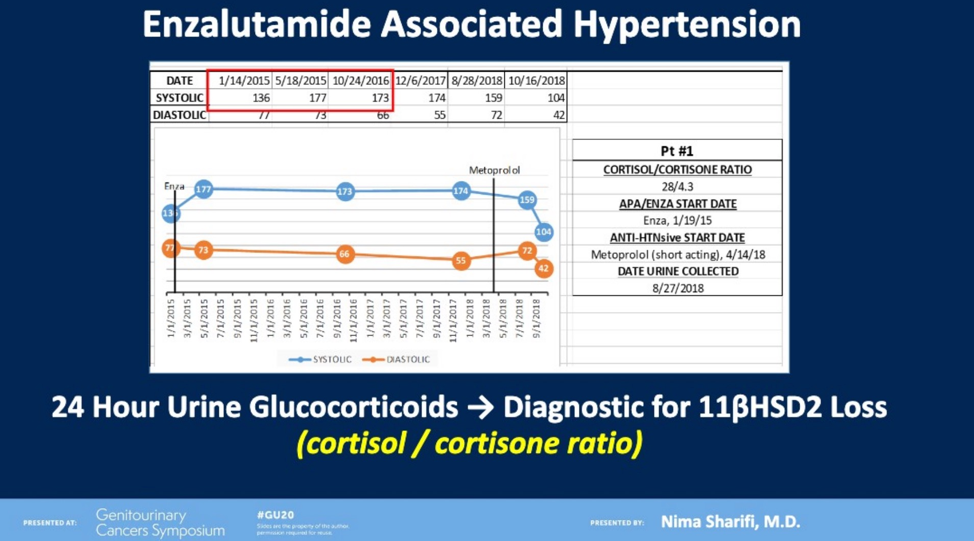 Serum samples were collected before and while on treatment for patients on three clinical trials.  Mass spectrometry was used to evaluate cortisol and cortisone levels, with resultant cortisol/cortisone ratio as an output. The trials included (1) neoadjuvant apalutamide with leuprolide in localized prostate cancer (NCT02770391), (2) enzalutamide +/- PROSTVAC for non-metastatic castration-sensitive prostate cancer (NCT01875250), and (3) enzalutamide +/- PROSTVAC for metastatic castration-resistant prostate cancer (NCT01867333). The authors report a rise in serum cortisol and cortisol/cortisone ratio in all three trials after exposure to AR antagonists. The neoadjuvant study (1) had the highest rate of increase (23/25, 92%) it cortisol/cortisone ratio, followed by 36/64 (67%) in the non-metastatic hormone-sensitive disease, and 20/28 (78%) In the mCRPC study. 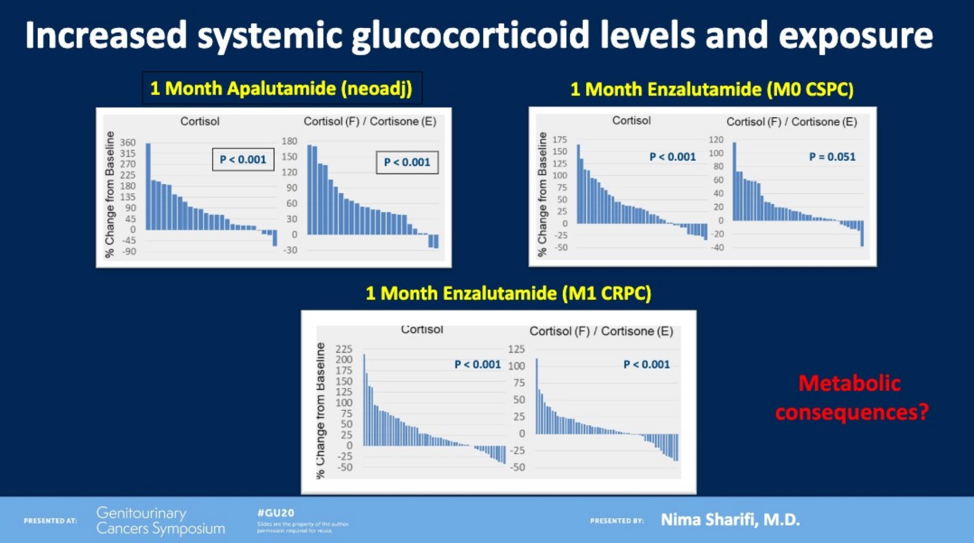 Taken together, the presented work enhances our understanding of non-prostate and unintended AR targeting of potent AR antagonists and may impact our assessment of metabolic toxicities. Perhaps most intriguing, as mentioned during the Question and Answer period, is that cortisol/cortisone ratios, either in serum or urine, could be a rapid biomarker readout for response to enzalutamide or apalutamide.