San Francisco, CA (UroToday.com) The RECIST criteria are quite limited in their comprehensive characterization of the dynamic changes in tumor burden seen for some patients receiving targeted therapy and particularly immunotherapy.

The depth of response (DepOR) is a continuous variable that adds another dimension to the assessment of treatment benefit and may better translate to improve long term outcomes in patients receiving systemic therapies.

In this presented poster, the authors report on the correlation of progression-free survival with depth of response with early imaging time points in patients enrolled in the JAVELIN renal 101 trial.

The authors also performed a Cox multivariable analysis conducted for progression-free survival for patients in the avelumab+axitinib with depth of response as a continuous variable.

Table 1. Baseline demographics of patients with brain metastasis at enrollment 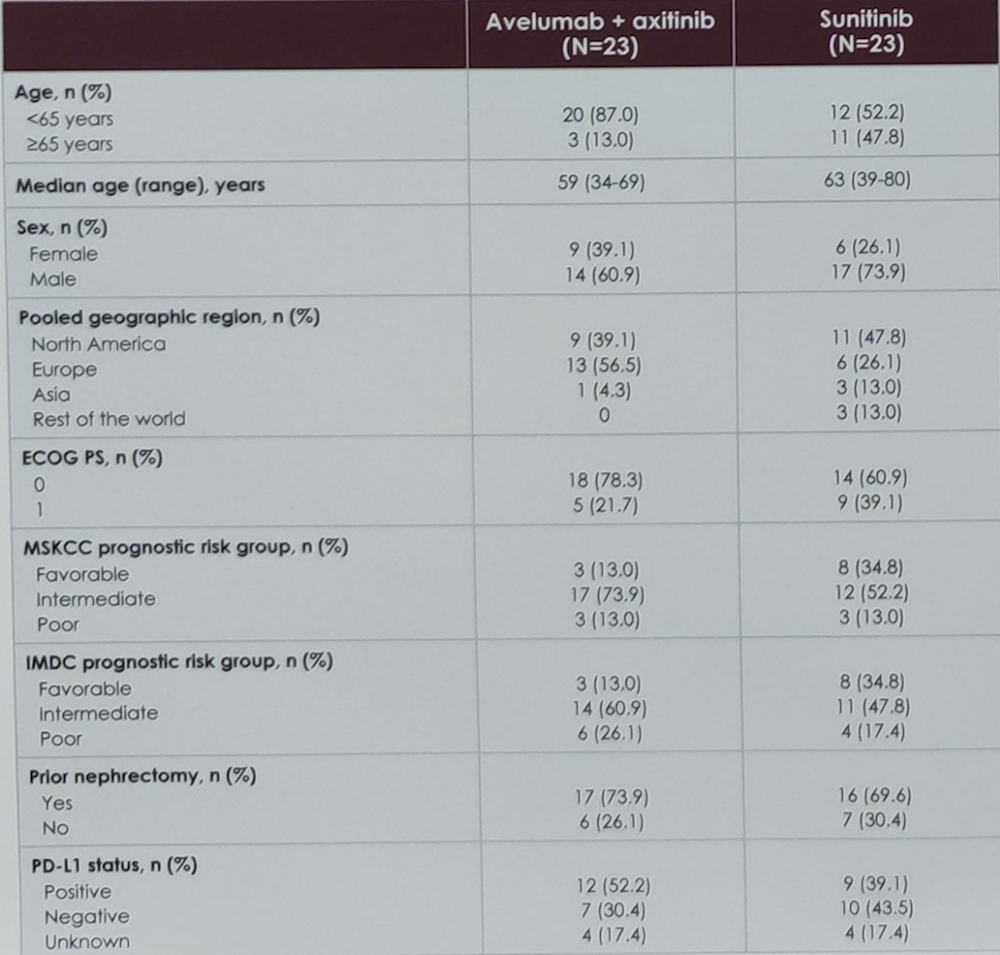 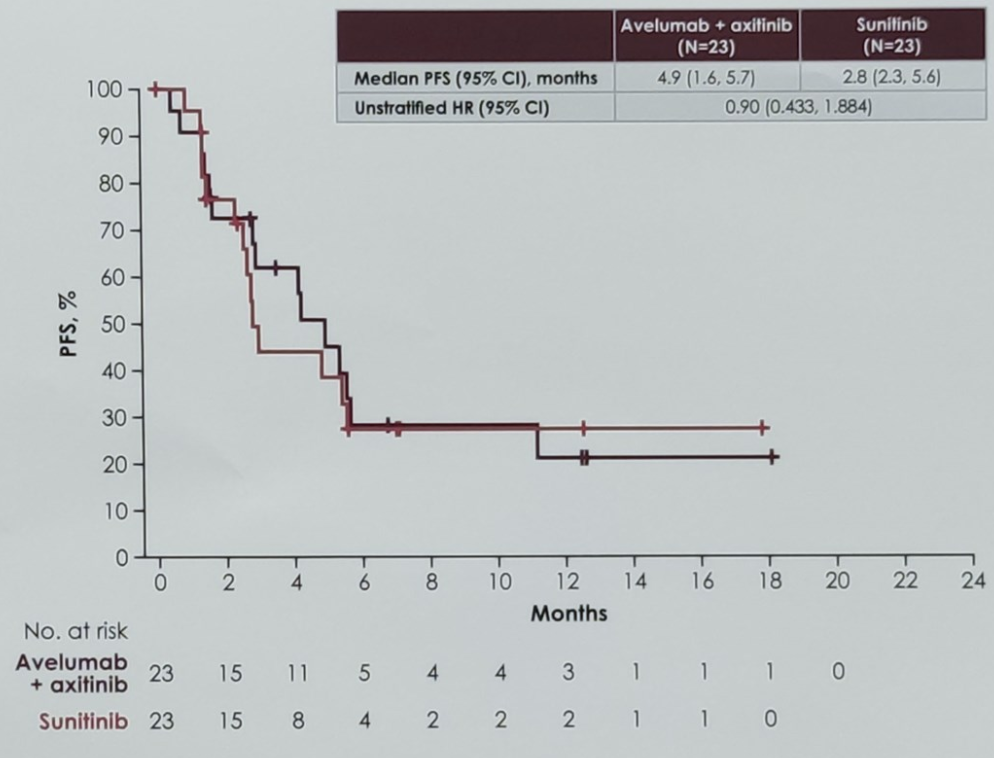 Figure 2. PFS per BICR in patients with brain metastasis at enrollment 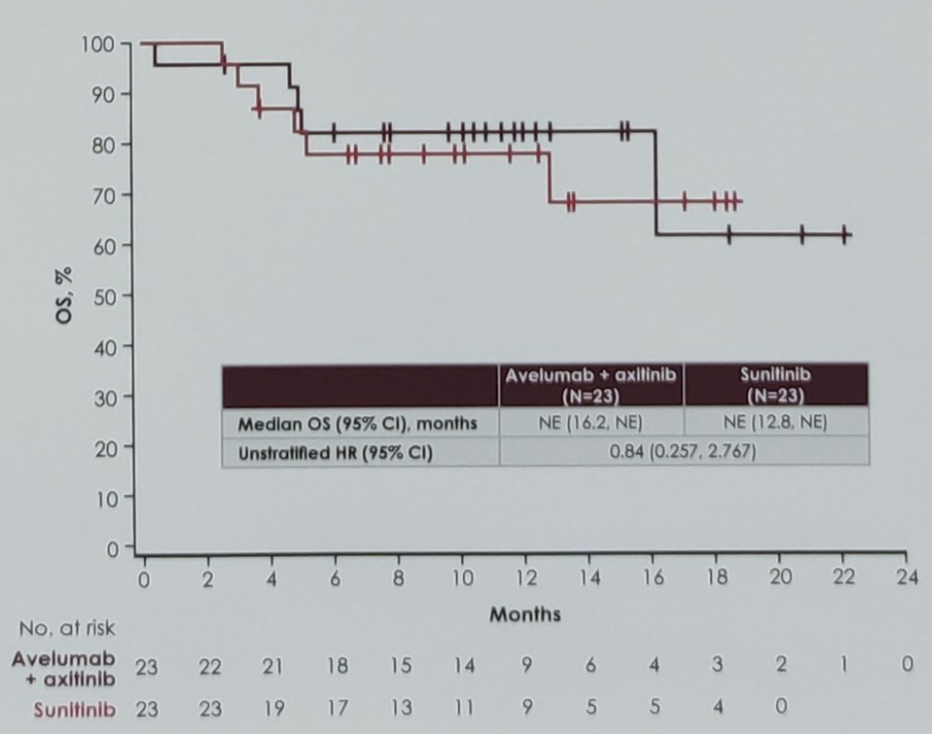 Figure 3. OS in patients with brain metastasis at enrollment 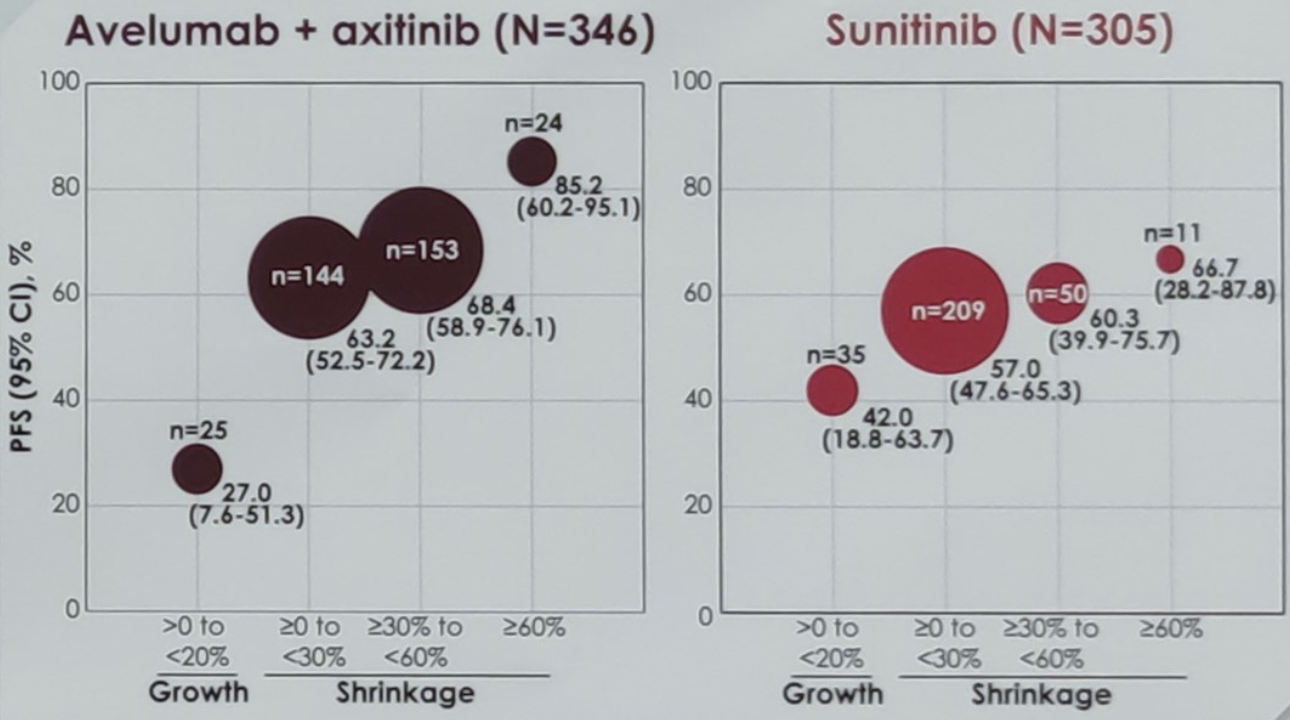 In this study, the authors concluded that a higher proportion of patients achieved a deeper response in the avelumab+axitinb arm compared with the sunitinib arm. A greater depth of response was associated with higher progression-free survival probabilities in both treatment arms at the 13-week landmark. Lastly, greater tumor shrinkage at early imaging time points was associated with longer progression-free survival in this trial.