San Francisco, California (UroToday.com) In this abstract, Cristina Masini, MD, presents the first available data from the NIVES trial, which is a study to evaluate the potential abscopal immunogenic effect of adding with stereotactic body radiotherapy (SBRT) to immune checkpoint blockade with nivolumab. The preclinical rationale for such approach is that SBRT may trigger increased tumor antigen release, promote T-cell infiltration, and result in increased anti-tumor immunity. 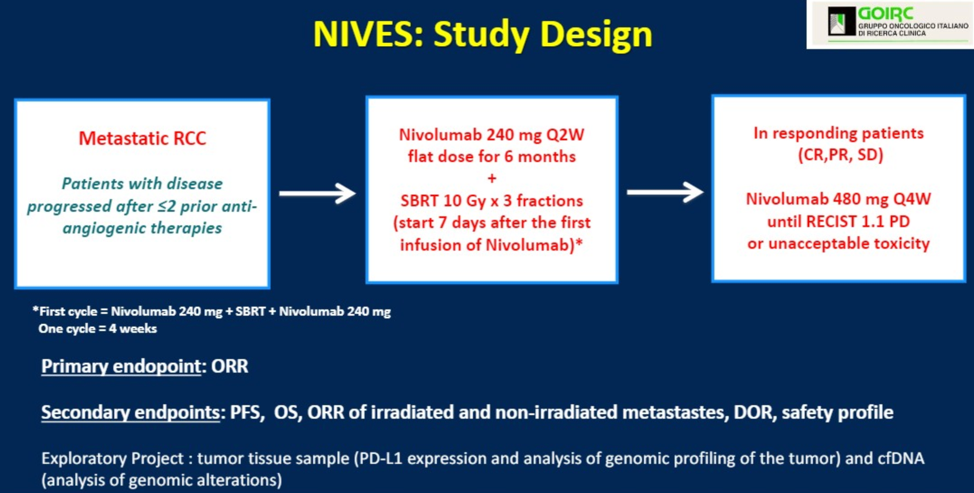 In NIVES, the authors hypothesized that the addition of SBRT to nivolumab would increase the overall response rate from 25% to 40%. This was the primary endpoint, with secondary endpoints shown in the slide. Patients with metastatic RCC (Clear cell and non-clear cell histologies) who had received two or less anti-angiogenic therapies and had two or more non-brain metastatic sites for evaluation that could be treated with radiation were included. Patients who had received immune checkpoint blockade or had known autoimmune disease were excluded. Patients were allowed to continue on nivolumab after suspected progression so long as a follow-up CT scan was conducted four weeks later to identify pseudo vs true progression. 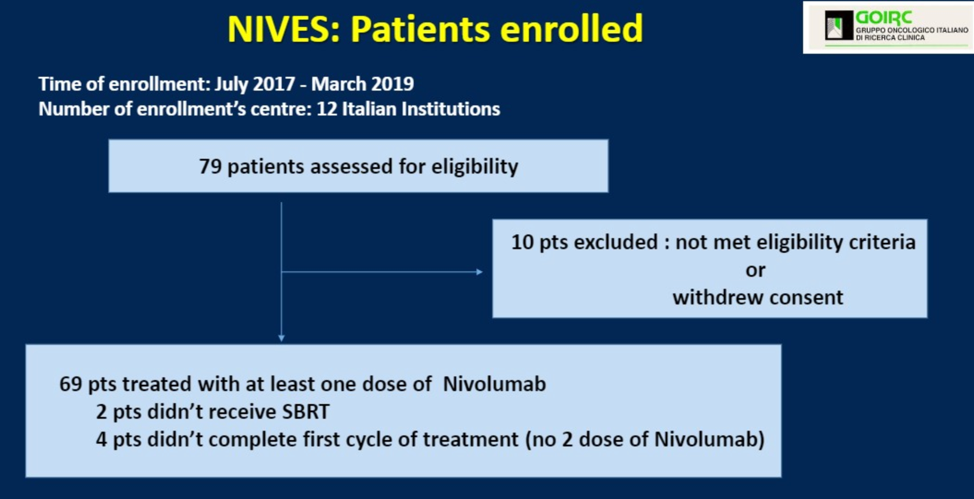 A total of 68 patients were required to ensure the study had enough power to reach its primary endpoint. These many patients were initially enrolled, permitting an intention to treat analysis. Most of the patients in this study were male with clear cell histology. The majority of patients had intermediate risk disease by IMDC criteria and had three or more metastatic sites. 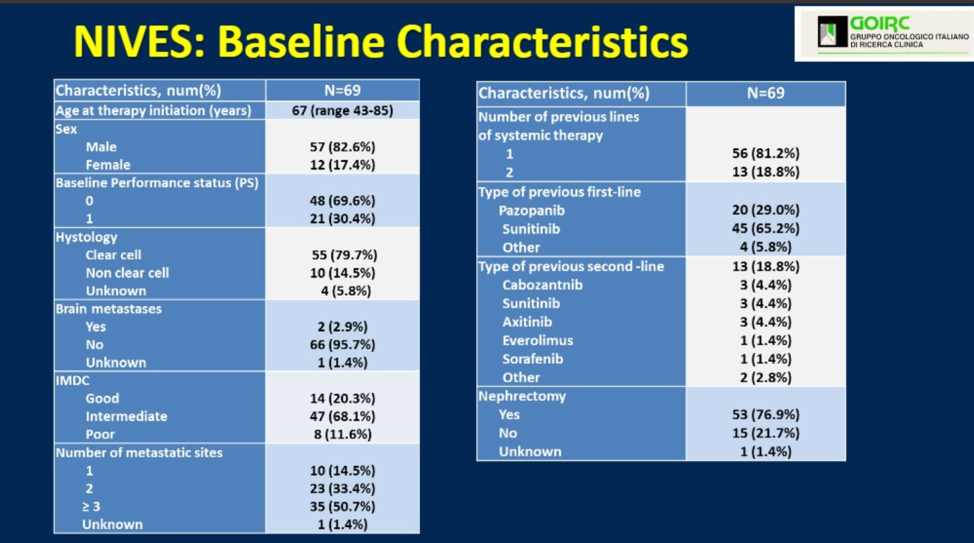 The most common site of radiotherapy was to lung metastatic lesions. 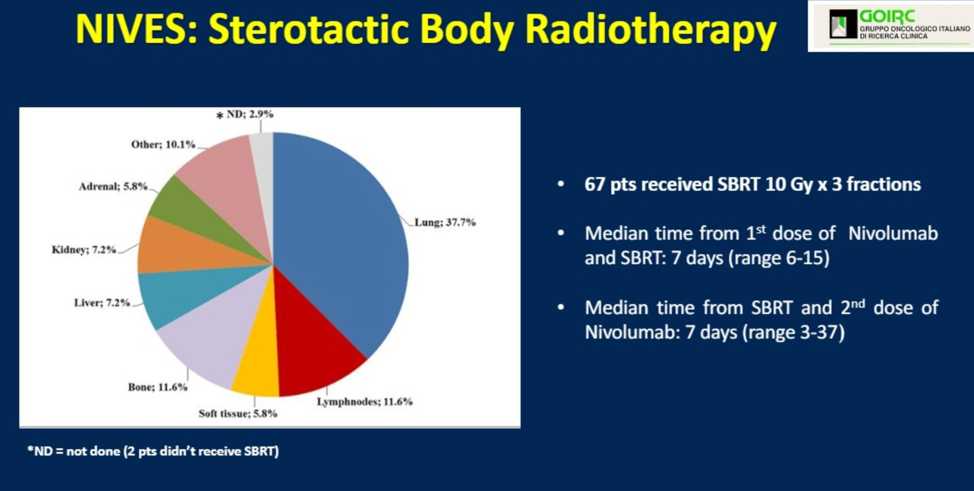 At a median follow-up of 15 months, 12 patients (17.4%) experienced an overall response rate with 9 of these responses ongoing. Therefore, the study did not meet its primary endpoint. 40 patients (58%) did have disease stability (CR, PR or SD), and 6 of the 28 SD patients continue to have stable disease. The median progression free survival was 4.1 months and the median overall survival in this cohort was 22.1 months. 78% of patients had discontinued therapy, mostly due to progressive disease. By stratifying patients who experienced response by various clinical parameters in a post-hoc analysis, clear cell histology emerged as a statistically significant predictor of response (p = 0.01). Gender, age, nephrectomy status, IMDC classification and radiation site were not associated with response to a statistically significant degree.

Safety data is summarized below:

In conclusion, this study of adding SBRT within one week of starting nivolumab monotherapy in patients with metastatic renal cell carcinoma did not meet its primary endpoint of improving the overall response rate from 25% to 40%. Further study involving alternative immune checkpoint, alternative SBRT regiments, and alternative treatment arrangement is needed to further understand if an abscopal effect from SBRT in combination with immunotherapy can be induced consistently in metastatic renal cell carcinoma.