(UroToday.com) As now increasingly appreciated, PSMA-targeted radionuclides are safe and effective therapies in metastatic castration resistant prostate cancer (mCRPC). Despite this, there are approximately half of patients in the published large studies (e.g. TheraP, VISION) who do not experience a significant PSA decline. Whether due to patient selection, mechanism of targeting, or radionuclide, ongoing work is active to enhance the efficacy of PSMA-TRTs for more patients. To this goal, the phase I PRINCE study was launched to evaluate the safety and efficacy of 177Lu-PSMA-617 in combination with an immune checkpoint inhibitor (pembrolizumab) in mCRPC.

In an effort to elucidate markers of resistance or susceptibility, the authors evaluated circulating tumor cells (CTC), both number and low pass whole genome single cell sequencing for evaluation of copy number alterations (CNAs). Also evaluated were quantitative PET CT metrics including molecular tumor volume (MTV) and total lesional activity (TLA), defined as the product of MTV and SUVmean. Associations between these metrics were tested with Each of these was evaluated for association via Spearman correlation.

Reproduction of the study schema was provided for orientation and illustration of sample collection kinetics. PSMA PET imaging was collected at baseline, followed by every 12 weeks (through 48 weeks), and then every 24 weeks thereafter. CTC characterization was performed via Epic Sciences on baseline and week 12 blood collections. 36 of 37 patients were evaluable for these endpoints. 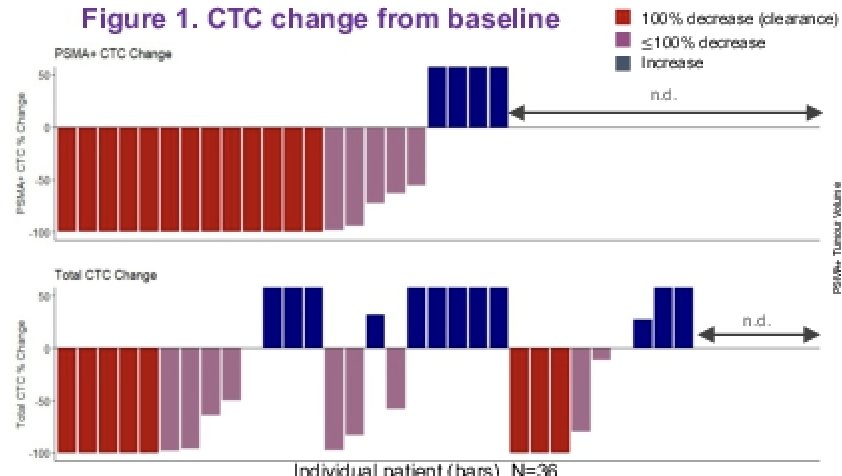 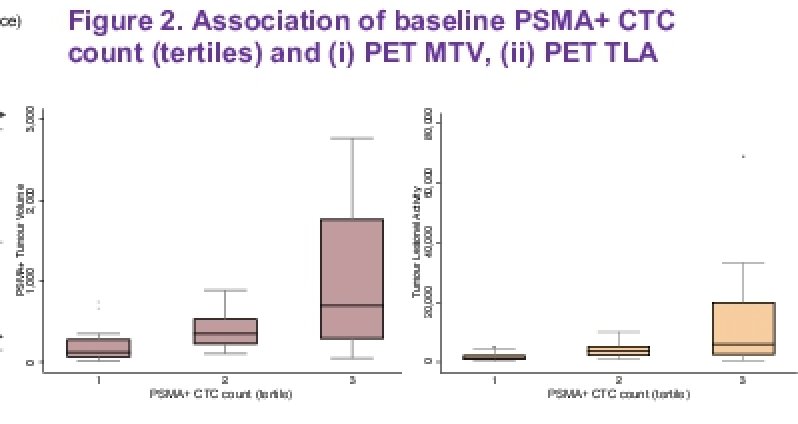 Quantitation of PSMA PET signal demonstrated parallel changes in PSMA+ CTC count with PET MTV and TLA, including clearance of PSMA+ CTCs by week 12. Clearance of these CTCs by week 12 following initiation of treatment was associated with an improvement in PSA PFS and radiographic PFS, as compared to those patients without clearance of CTC count burden. 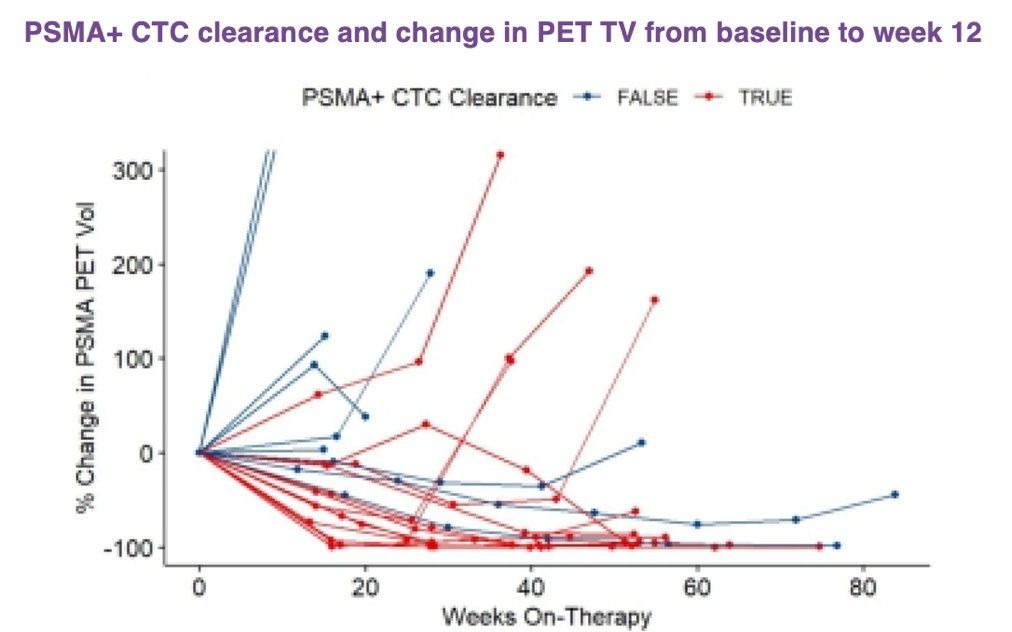 The authors also included a case study of a patient with initial treatment response, based on conventional metrics (PSA and CTC decline) as well as exploratory use of serial PSMA PET. This powerful illustration of how each of these markers reflects a lockstep evaluation of disease burden supports the use of such metrics in clinical evaluation.

The authors summarized the conclusions of their study as stating that PSMA PET-positive mCRPC is associated with decline in PSMA+ CTC count following treatment with 177Lu-PSMA-617 plus pembrolizumab. These changes are in parallel with measurement of PSMA PET-avid tumor quantitation (MTV/TLA). Perhaps as an indication how these data could be best used in the future to aid in evaluation of PSMA-TRT activity, early changes in PSMA+ CTCs and MTV/TLA were associated with outcomes.