(UroToday.com) The 2022 ASCO annual meeting featured a session on prostate cancer, including a presentation by Dr. Claire Vale discussing a meta-analysis of individual participant data (IPD) from randomized trials to more precisely define the effects of docetaxel plus ADT for men with mHSPC. Adding docetaxel to ADT improves survival in mHSPC, but uncertainty remains about who benefits most. To investigate this thoroughly and reliably, the STOPCAP M1 collaboration conducted a meta-analysis of IPD from relevant trials.

The methods were included in a registered protocol (CRD42019140591). Updated IPD from the GETUG-15,1 CHAARTED,2 and STAMPEDE3 trials were harmonized and checked: 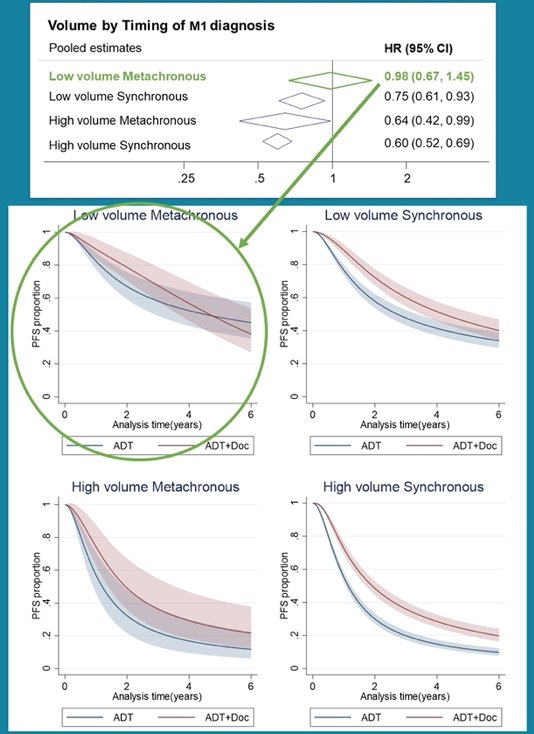 Additionally, the benefits of docetaxel on PFS were greatest in men with high volume disease, particularly those with clinical T4 disease: 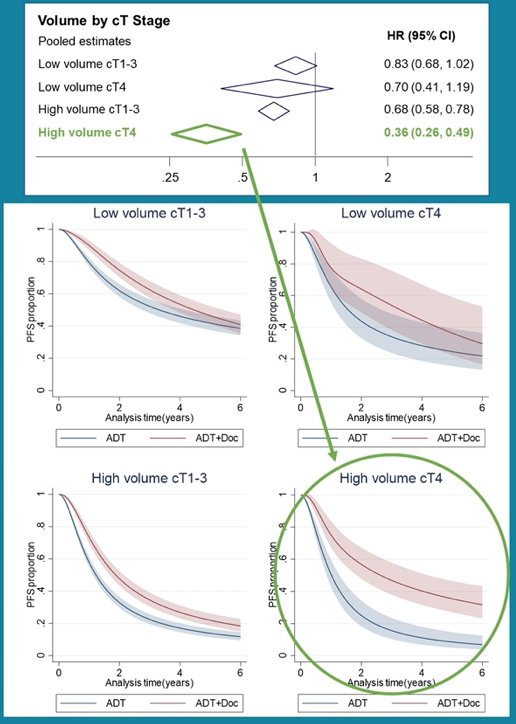 Dr. Vale concluded her presentation discussing a meta-analysis of IPD from randomized trials to more precisely define the effects of docetaxel plus ADT for men with mHSPC emphasizing that this IPD meta-analysis provides the most detailed assessment of the effects of docetaxel for mHSPC, and suggests that men with low volume, metachronous disease should be managed differently to those with other types of metastatic disease.