(UroToday.com) One cycle of adjuvant BEP chemotherapy has shown superiority and a clear benefit in recurrence-free survival over retroperitoneal lymph node dissection (RPLND) in patients with clinical stage 1 non-seminoma germ cell tumors, according to a German randomized phase 3 trial published in the Journal of Clinical oncology back in 2008.1

In this poster, the authors present updated results of this trial, including recurrences and patient-reported late toxicities after 13 years of follow-up.

The study design is shown in Table 1. Patients in arm A received 1 cycle of BEP chemotherapy, and patients in arm B underwent RPLND surgery. 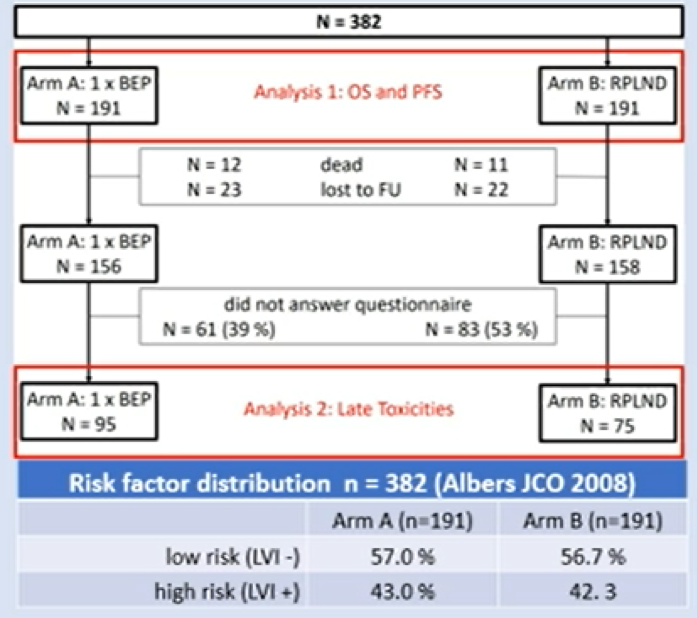 All patients answered specific questionnaires about general and specific chemotherapy- and surgery-related items, with all questions being closed-ended questions (multiple choice). The results demonstrated a benefit in progression-free survival in patients treated with BEP chemotherapy but no difference in the overall survival, as can be seen in Figure 1.  Table 2 demonstrates the number of additional recurrences that occurred in this extended follow-up period. Overall, there was only one more single recurrence in each arm during this extended follow-up time. In the original study, there were 15 recurrences in the RPLND arm and only two recurrences in the BEP chemotherapy arm. 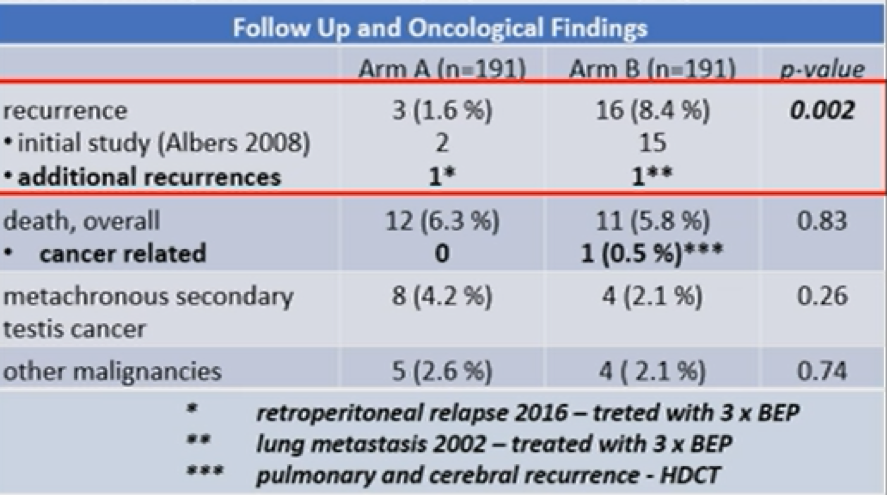 When assessing patient-reported toxicities, the only significant difference was seen with retrograde ejaculation being more common in the RPLND arm with 24% versus 9%, p=0.01 (Table 3). 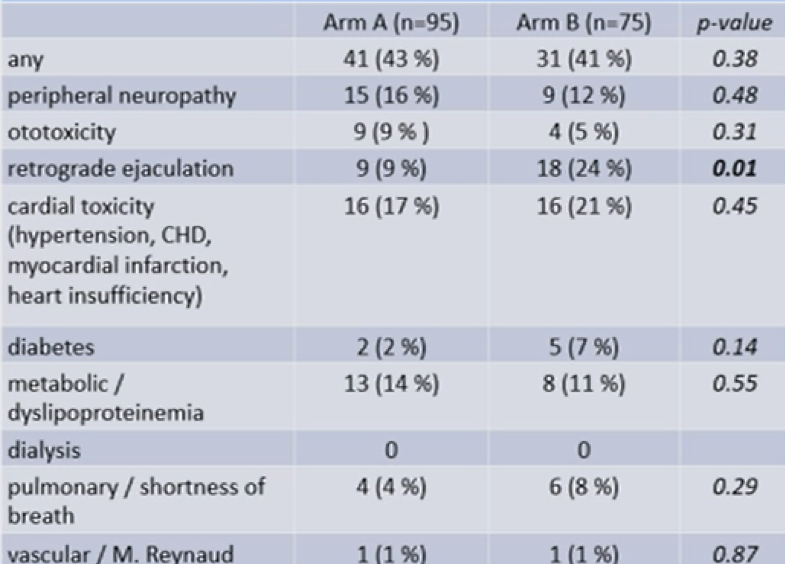 The study’s limitations include lack of CTC grading of toxicities, a limited number of patients that were accrued, and the fact that this study was based on patient-reported outcomes with no objective medical data available.

The authors concluded that after 13 years of follow-up, recurrences in clinical-stage one non-seminoma germ cell tumor remains to be significantly more frequent with retroperitoneal lymph node dissection than with BEP chemotherapy. There was no excess mortality due to secondary malignancies in this extended follow-up, and late toxicities were not different between one cycle of BEP and RPLND.