Understanding the global burden of cancer is imperative for healthcare personnel treating cancer patients. In 2015 there were 17.5 million cancer case, 8.7 million deaths, and 208.3 million DALYs (which is the disability-adjusted life year, defined as a measure of overall disease burden, expressed as the number of years lost due to ill-health, disability or early death). From 2005 to 2015, the incident cancer cases had increased by 33%. A total of 12.6% were due to population growth, 16.4% due to an aging population, and 4.1% due to increasing age-specific incidence rate. A total of 66% increase in prostate cancer cases has been seen since 2005.1

When analyzing the death rates of cancer worldwide (Figure 1), 7.4 million deaths had occurred in 2007, which were 13% of all deaths that year. About 72% of all cancer deaths in 2007 occurred in low- and middle-income countries. Deaths projected to continue rising, with an estimated 12 million deaths in 2030. Importantly, healthcare costs are rising and outpace earnings and inflation. 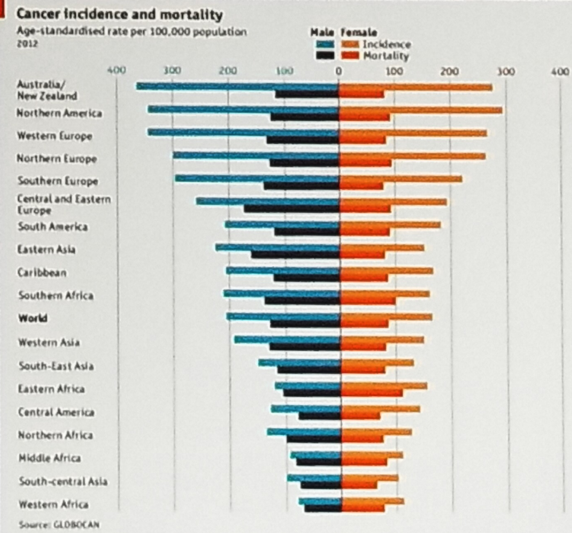 In recent years, there have been new and promising cancer therapies demonstrating improved results in some diseases. However, there is still a long way to go in many other cancers, with only marginal gains attained with these novel therapies. Importantly, the cost of these novel drugs, treatments, and services continue to rise exponentially, making it quite unaffordable in most of the world. By 2020 the US cancer cost is estimated to be 173 billion dollars. The average amount that an insured cancer patient pays out of pocket per year is 4,800 US dollars. Almost 30% of these insured patients spend more than 20% of their income on out-of-pocket health care costs. Lastly, cancer patients were 2.65 times more likely to go bankrupt than people without cancer (Figure 2). This financial toxicity causes significant hardship in cancer patients that must be acknowledged and dealt with.2 This is particularly an issue for younger patients (aged 18-64).3 The out-of-pocket financial costs for selected cancer medication are shown in figure 3. These factors might explain the relationship between extreme financial distress and greater risk of mortality (Figure 4).

Figure 4 – Correlation between financial distress and increased risk of mortality:

ASCO is trying to address this unique and specific problem with initiatives and a value framework, as seen in Figure 5. These initiatives are focusing on increased physician-patient dialogue, informed patient decision-making, a reference point for payer evaluations, and utilizing physicians as trusted advocates. ASCO’s position statement on addressing the affordability of cancer drugs includes: 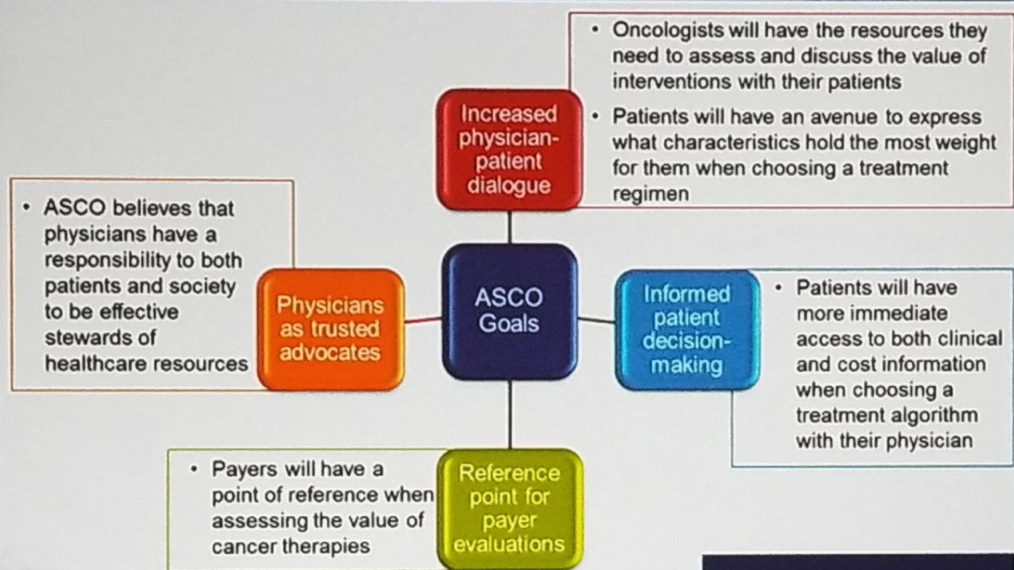