In this study, 101 men with mCRPC who underwent image-guided biopsy and subsequent whole genome sequencing were included (n = 64 with enzalutamide -naive and n = 37 with enzalutamide -resistant mCRPC). The differential copy number alteration (CNA) events enriched in enzalutamide-resistant vs. naïve samples were determined, and the prognostic significance of differential CNAs was assessed. RNA-seq data were evaluated to confirm that CNAs correlated with changes in gene expression of relevant loci and to identify potentially druggable targets selectively activated in tumors with specific CNAs. 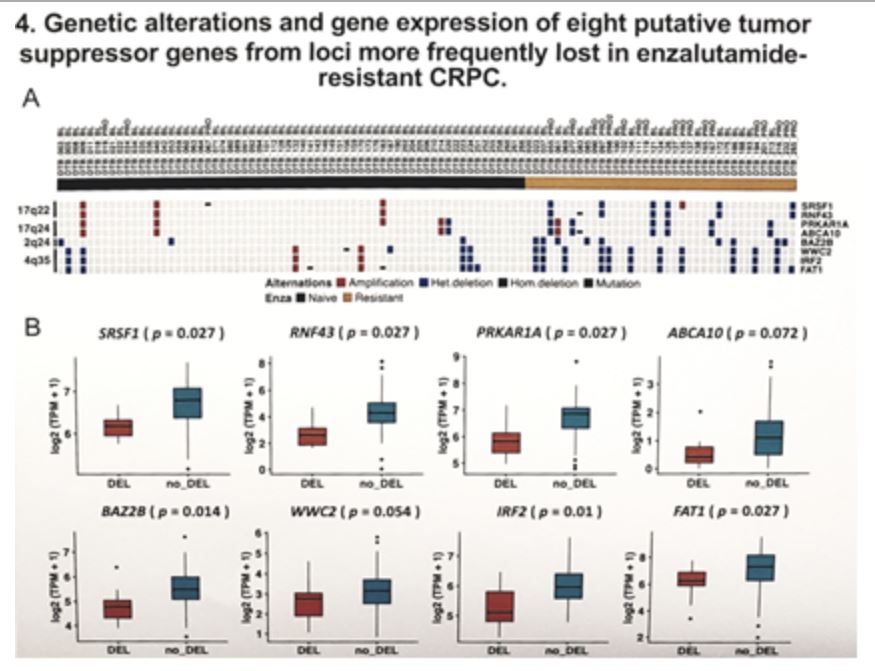 There was a strong concordance of copy number loss and reduced mRNA expression of these genes. Dr. Guan’s team then identified one gene (17q22 containing RNF43 and SRSF1) from this list of eight genes whose copy number loss was associated with poor overall survival; median OS from date of CRPC was 19.1 months in tumors with gene loss vs. 42.0 months in intact tumors, HR 3.80, 95% CI 1.48–9.49: 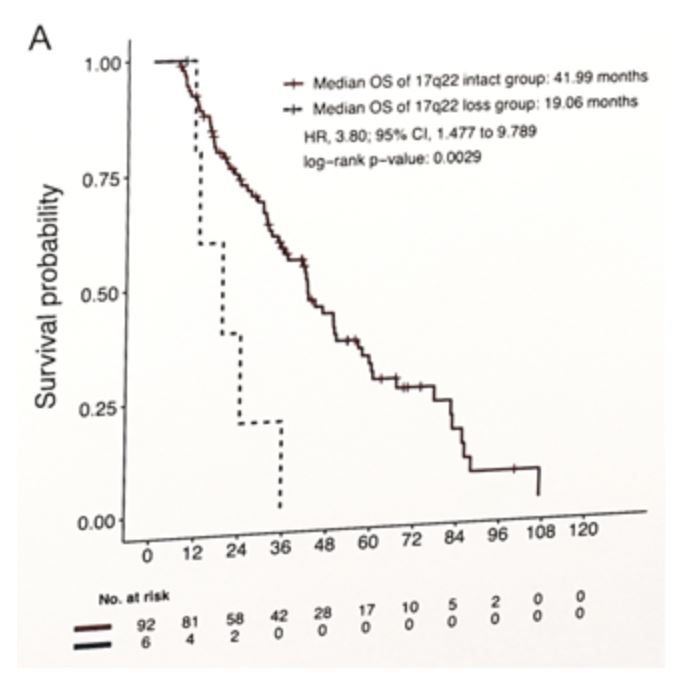 Dr. Guan’s conclusions were as follows: