(UroToday.com) The 2022 American Urological Association (AUA) Annual Meeting included a session on advanced prostate cancer and a presentation by Dr. Giorgio Gandaglia discussing when neoadjuvant ADT is beneficial for aggressive prostate cancer in candidates for radical prostatectomy. A revitalized interest in neoadjuvant ADT in prostate cancer has been raised by the introduction of novel androgen receptor targeting agents. Identifying men who might benefit from neoadjuvant hormonal manipulation is key for both tailored approaches and for selecting the proper population to include in trials testing new neoadjuvant therapies.

This study evaluated 411 patients with biopsy GG5 prostate cancer treated with radical prostatectomy with an extended pelvic lymph node dissection between 1995 and 2021. Neoadjuvant or adjuvant treatments (namely, ADT and/or radiotherapy) were administered according to the treating physician’s preference. Biochemical recurrence was defined as two PSA values >0.2 ng/ml, and clinical recurrence was the onset of metastases at conventional imaging. An interaction test assessed whether the impact of the neoadjuvant ADT varied according to a risk score based on preoperative features and developed in men who received radical prostatectomy alone. The observed versus predicted clinical recurrence-free survival was plotted for neoadjuvant ADT versus no neoadjuvant ADT. 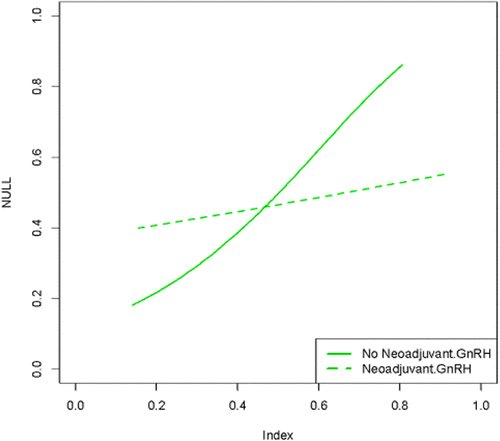 Dr. Gandaglia concluded his presentation discussing when neoadjuvant ADT is beneficial for aggressive prostate cancer in candidates for radical prostatectomy with the following take-home messages: