The authors used a cohort of men who underwent MRI and PSMA-PET prior to radical prostatectomy (RARP) and ePLND to develop a novel prognostic model for predicting pathological lymph-node (pN)-status. Beyond these imaging characteristics, the authors further included preoperative clinical and histopathological parameters in their nomogram. Logistic regression with backward elimination was used to select variables for the prognostic model. The performance of the final resulting model was evaluated using the area under the receiver operating characteristic curve (AUC) and decision-curve analyses (DCAs).

The authors used a cohort of 700 consecutive patients who underwent robot-assisted radical prostatectomy (RARP) and ePLND to derive this nomogram. Among these 700 men, 185 patients (26%) were found to have pN1-disease at the time of surgery. 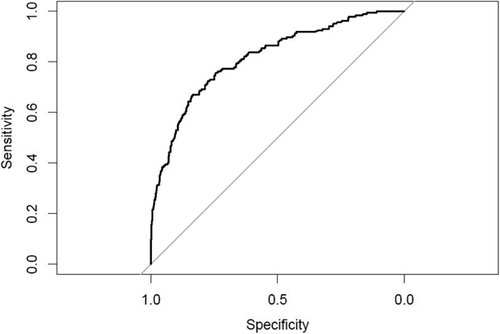 Further, the DCA demonstrated an increased net-benefit of ePLND with the threshold probability ≥3%. Using a cut-off of 7% above which to perform ePLND, 16% of ePLNDs could have been correctly avoided. Using 10% as a cut-off to prompt ePLND, 34% of ePLNDs would be spared, in exchange for 5.5% of patients with pelvic lymph-node metastatic disease.

Dr. Meijer concluded therefore that this novel nomogram outperforms currently available models to predict lymph node involvement of prostate cancer and, when used, would be able to avoid ePLND in a substantial proportion of patients.