The role of cytoreductive nephrectomy is evolving quite rapidly: while this was well established during the cytokine era, the CARMENA trial demonstrated no survival advantage among patients receiving sunitinib as systemic therapy. However, with immune checkpoint inhibitors now forming the backbone of systemic therapy for patients with metastatic renal cell carcinoma, the immunological impact of cytoreduction of the primary tumor on systemic disease has re-emerged. Historically, it was recognized by the phenomenon of spontaneous regression of distant metastases.

To assess the role of tumor size on outcomes for these patients, the authors performed a multicenter, retrospective analysis using the International Marker Consortium for Renal Cancer (INMARC). They identified patients who received CN and systemic therapy from 2001-2019. The primary outcome was cancer-specific mortality (CSM) and the secondary outcome was all-cause mortality (ACM). Kaplan Meier analysis were used to elucidate survival outcomes. The association between demographic and clinical disease factors with survival outcomes was examined using multivariable Cox regression. 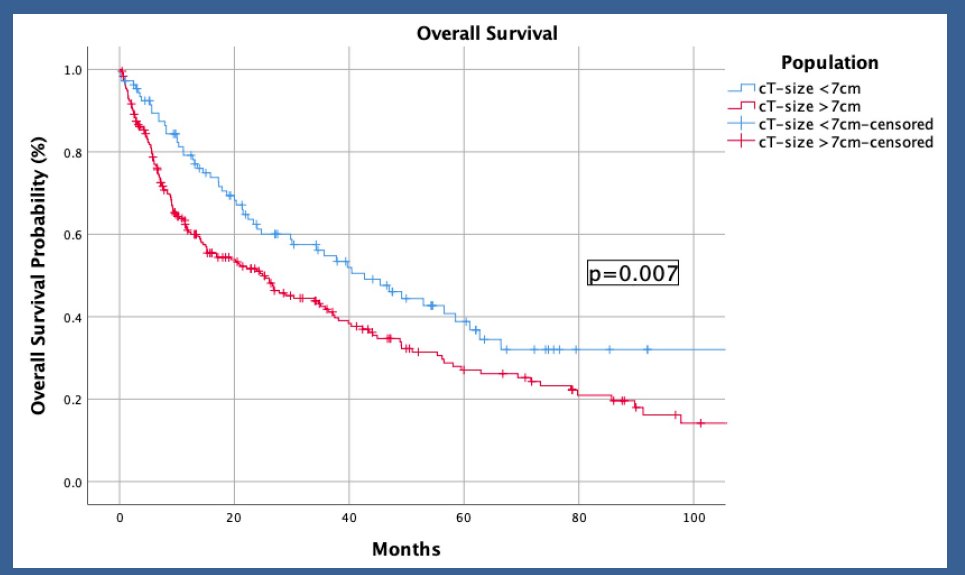 The authors conclude that this analysis demonstrates that a larger primary tumor (in this case dichotomized at 7cm) in independently associated with increased cause-specific and all-cause mortality among patients with mRCC undergoing cytoreductive nephrectomy. Further investigation is necessary to confirm this observation and to delineate the mechanisms responsible for this phenomenon.