(UroToday.com) Friday morning at the 2022 AUA kicked off with a panel discussion consisting of thought leaders in the management of incidentally found 3cm solid renal masses. Dr. Costas Lallas, MD moderated the session which began with four-minute presentations from each panelist.

Dr. Lallas discussed current epidemiological trends stating that the incidents of renal cell carcinoma have increased and disproportionately increase in patients with localized disease.1-3 The SEER database has demonstrated that as tumor size increase, the chances of malignant disease also increase, however some small tumors still have potential for malignancy. Here in lies the question for small incidentally found renal masses: Who should be treated? Conclusions from work at the Cleveland Clinic using their institutional database suggest that comorbidities and age should be considered when making treatment plans.4 He discussed current research regarding renal biopsy citing a 2016 review of the literature suggesting that policy makers and physicians strive to identify those patients who would actually benefit from or see a change in management due to the result of a renal biopsy.5 This study cited strong positive predictive value with relatively high sensitivity and specificity with a fall of on negative predictive value. The Michigan Kidney Collaborative concluded that inclusion of biopsy in an assessment algorithm could reduce unnecessary surgery.6 He closed by stating that the current AUA guidelines published in 2017 include recommendations regarding nephrectomies, both partial and radical, as well as ablative therapies. Regarding biopsy, they state that it should be used when it will change the treatment plan.

Dr. Brian Lane MD then delivered a presentation on surgical interventions advocating for partial nephrectomy. He says it would be unwise to treat all same sized renal masses the same, and as clinicians, it is important to treat the patient. He referred to an upcoming update to the AUA guidelines on this topic stating that “a urologist should prioritize partial nephrectomy for management of cT1a renal mass when intervention is indicated,” including that thermoablation can be considered as an alternative approach. 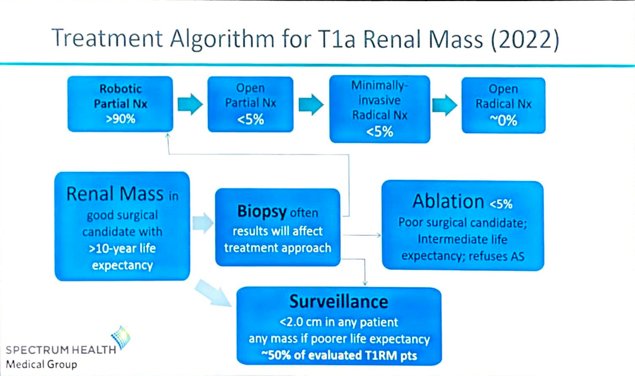 He then explained the benefits of partial nephrectomy for 3cm masses which include 100% five-year cancer specific survival, with a medial reduction in GFR of 5-15% (compared to >35% for radical nephrectomy) and that it comes with reduced anxiety and the certainty of having definitive pathologic analysis. He included risks of this method as well citing the typical brief 1-3 day hospital stay, with a 1-3 week recovery time, the possibility of conversion to Radical nephrectomy or progression to renal failure, both of which are rare. He says his treatment algorithm is patient focused, first considering if a patient should even be a surgical candidate and whether treatment will benefit them for what may be an indolent cancer. He frequently recommends biopsy, stating that negative biopsy “will profoundly affect their treatment approach.”

Dr. Lee Ponsky MD covered the evolving evidence and utility of thermal ablation and radiotherapy. He clarified that there is a distinct difference between traditional radiotherapy focused on inducing DNA damage and radio surgery which employs a completely ablative dose of radiation focused on immediate cell death. Drawing comparisons of gamma knife usage in neurosurgery, he explained how radiation can be focused on a specific tissue region with very minimal damage to surrounding tissues. RCC is often considered radiotherapy resistant, in reference to traditional radiation-based therapies, but he explains how at ablative doses, it is amenable to radiosurgery and these cells are successfully treated by neurosurgeons and cardiothoracic surgeons using ablative techniques in metastatic disease. His team evaluated this gamma knife technology in pigs showing succession ablation of the target renal tissue and postoperative scaring very similar to that of a partial nephrectomy.7 They proceeded to initial clinical studies demonstrating successful ablation of concerning tissue,8 an phase 1 dose escalation study to determine safe, effective dosing,9 a metanalysis on radioablative therapy for RCC,10 and a multicenter study on radioablation use in solitary kidney patients,11 and a study on radioablation in RCC patients with T1b and greater RCC.12 Local control rates were comparable to other modalities, and while he agrees partial nephrectomy is the gold standard treatment for small renal masses, he states that the non-invasive radioablation is a powerful tool to have in the toolbox when selecting management for patients.

Dr. Jaime Landman presented on active surveillance. He first addressed the quality of data informing the current guidelines governing the treatment of small renal masses. He notes that the data “is relatively poor quality” illustrating the lack of standardization in the research methods, imaging modalities, and definitions among the published studies. He states that these insufficient studies are the rational for why biopsy prior to surgical management is not generally recommended in most sets of guidelines for T1a renal masses with the exception of the European Society of Medical Oncology. The indications for delayed intervention appear to also be based on poor quality data. This non-biopsy driven algorithm for assessing and treating cancer is unique to urology, based on insufficient, inconsistent studies. He then cites an institutional study where all patients were biopsied prior to deciding the course of action and showed that 37% were placed on active surveillance with only 3% of those progressing to surgery and no metastasis.13 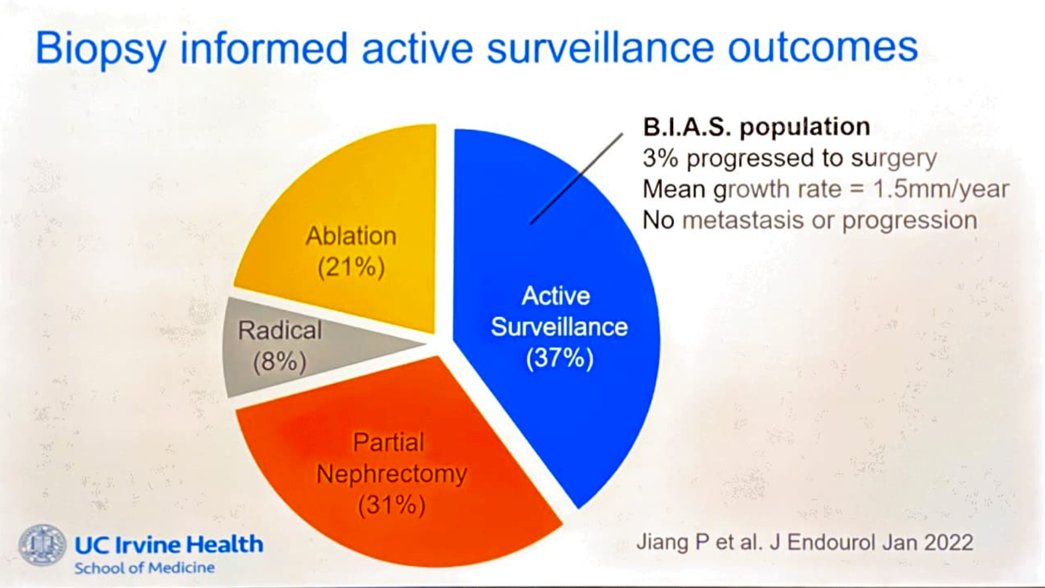 He illustrates how biopsy informed active surveillance (BIAS) personalizes and improves both treatment and outcomes in the case of T1a tumors, showing that the majority of these cases can be better managed by avoiding invasive interventions.

Following the presentations, 2 cases were presented to the panel for a discussion where the risks and benefits of ablation, partial nephrectomy, and active surveillance were weighed. It appears that ablation has a place in the management of T1a renal masses, partial nephrectomy is still the gold standard, but biopsy informed active surveillance can manage benign-appearing disease while avoiding negative effects of surgery without significant long-term cancer risks. 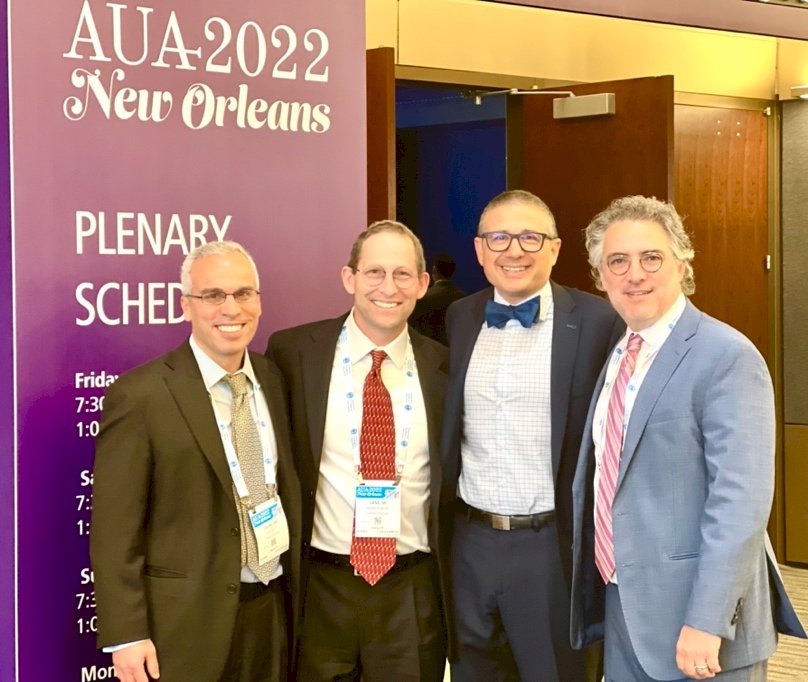