Median follow-up time was 36 months (interquartile range: 19-76). Of the 188 patients, 20% underwent immediate RC and 80% conservative therapy with BCG. There were no statistically significant differences in the 5-year CSM and OM between the two groups (Pepe-Mori test p=0.052 and log-rank test p=0.2, Fig. 1A and 1B respectively).

Among BCG-treated patients, tumor recurrence was observed in 41% of individuals (median time: 8 months), while tumour progression was reported in 24% of patients (median time: 19 months). 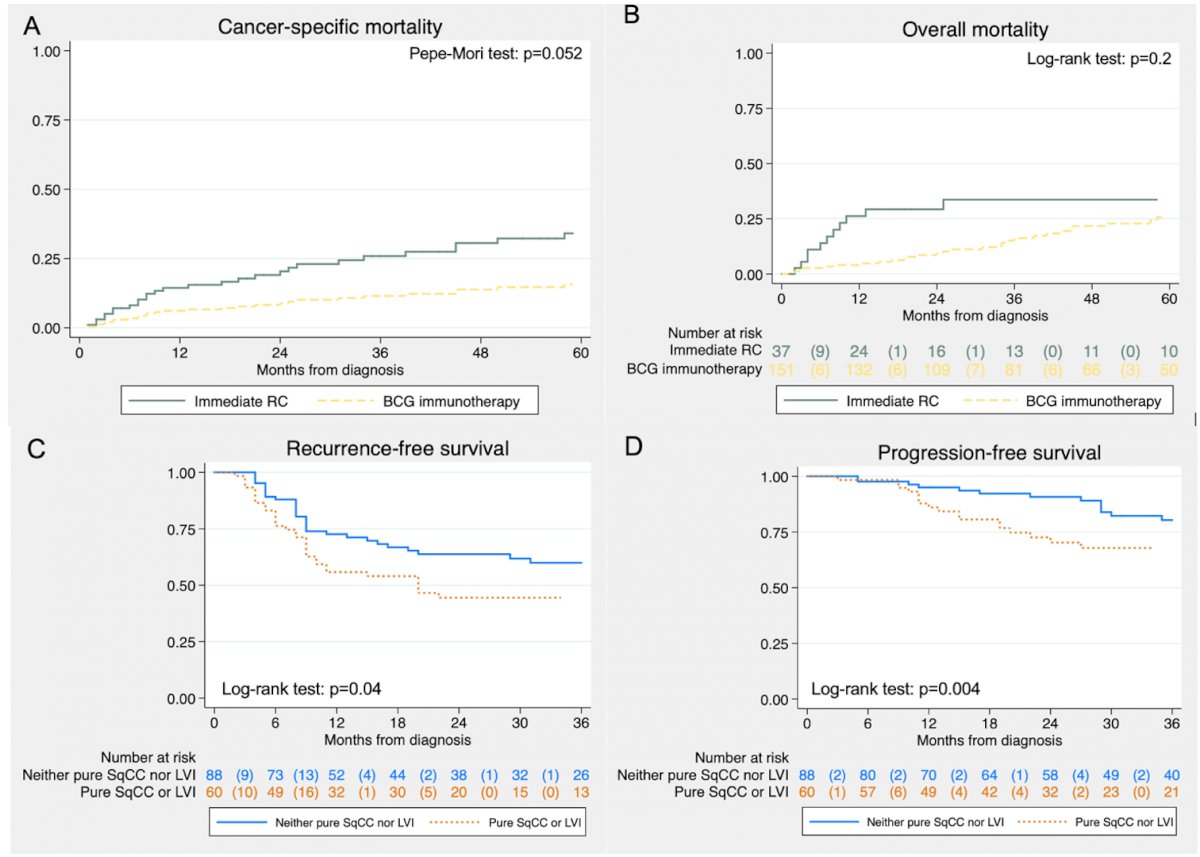